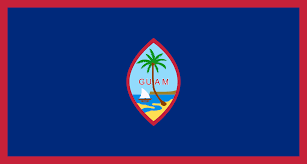 Calvo’s decision on Bill 8-34 was announced during a second hearing for the Cannabis Control Act yesterday afternoon.

“In light of U.S. Attorney General Jeff Sessions’ pronouncement that the federal government intends to crack down on jurisdictions where recreational marijuana is legal, we have decided at this time to suspend efforts under our control to push this bill forward,” Palacios told The Guam Daily Post.

According to Post files, Calvo originally introduced Bill 8-34 in January. A second hearing was previously postponed amid discussions at the federal level on the enforcement of marijuana laws.

Palacios, who explained Calvo is not afraid to stand up to the federal government, said unlike recent steps taken by the government of Guam to oppose the feds in regard to the issues of the decolonization plebiscite and the threat of a lawsuit against the Chamorro Land Trust Commission, the governor “does not want to go head to head with the federal government where criminal sanctions are in place.

“When the highest legal officer of the U.S. says he’s going to be cracking down on jurisdictions where recreational marijuana is legal, that should be taken seriously,” Palacios said. “We wouldn’t want to waste resources pushing a bill through just to be hit with sanctions because of it.”

With the governor’s request for suspension, Sen. Frank Aguon Jr., who was sitting in as acting chairman for Speaker Benjamin Cruz’s committee, said lawmakers would await Cruz’s return before deciding on a course of action. While the governor is free to make his stance on the issue known, the Legislature is not bound by his request and holds the power to move the bill forward. Cruz has expressed similar apprehension over the current climate of the federal government.

When Calvo introduced the measure in January, he said he did so in order to “tax the heck out of it,” and to put those tax revenues to good use in service to the people of Guam. He said his bill was modeled after laws passed in certain states such as Colorado, where the state government has reported revenue generation in the millions of dollars.

Calvo’s proposal contains a 15-percent excise tax on the sale or transfer of marijuana to a retail facility. According to the measure, tax proceeds will initially fund the implementation of a recreational marijuana program as well as the medical marijuana program. Afterward, funding will go to the Guam Memorial Hospital.

Use of marijuana in public, however, would remain prohibited. The legislation also would limit to six the total amount of plants that can be home-cultivated at one time.

The issue of legalizing recreational marijuana remains a highly divisive topic for many island residents.

Testimony offered during yesterday’s public hearing reflected voices who claim the drug could be linked to violence, crime and addictive predilections. Others, including attorney Howard Trapp, testified that Bill 8 itself cannot be passed because it violates U.S. law.

Trapp stated that while Guam could amend local law in how it handles criminal prosecution of marijuana related offenses, it could not create laws regulating business transactions involving marijuana. Such a law, he said, would violate Guam’s Organic Act. 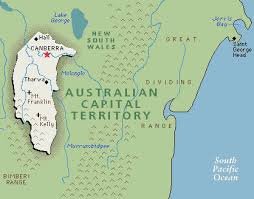