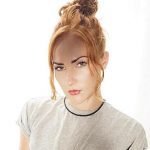 Could the UK be set to follow in the footsteps of California, Colorado and other weed-friendly places on the map? Well, since the news recently broke that Great Britain will host its first ever medical cannabis conference this October, it’s looking promising. Legal in 29 states medical marijuana has had a profoundly positive effect on US wealth and it seem that MP’s in the UK have been paying close attention to the economic benefits of legalizing cannabis.“Green” sales are predicted to hit $100bn by the year 2020 and with the UK lagging behind in the financial stakes, it’s not surprising that the country’s medical cannabis giants are keen to join the pot party.

Set to take place in London from October 25-26, CannaTech UK is a premier medical cannabis convention that will bring industry leaders together to discuss the future for cannabis innovation. East London’s Old Truman Brewery will be the setting for the event, which will also commence in Sydney and Tel Aviv in 2018. As a multi-billion dollar industry that has contributed to job growth and improved health for sufferers of various ailments, including epilepsy, arthritis and even cancer, there is no wonder why so many people are pushing for medical marijuana legalization in the UK.

Marijuana Criminalization in the UK

At the current time, marijuana is illegal in the UK. When the 1925 Dangerous Drugs Act was put into action on September 28, 1928, cannabis became criminalized. A lack of supporters and misconception about the plant’s medical potential meant that there was little hope for marijuana legalization in the UK. Included on the 1925 Convention on Narcotics Control list, marijuana is classified as a class B drug. However, this could all be about to change as the countdown for CannaTech begins.

It is the UK’s most widely used illegal drug. Should the Government legalize and regulate cannabis, as much as £1bn could be raked in by the Treasury, explaining why so many MPs are supporting the idea. Reduced crime and better purity are the proposed outcome measures of decriminalizing weed throughout England, Scotland, Wales and Northern Ireland. CannaTech will bring to light the potential of medical cannabis by presenting attendees with investor networking, how-to presentations, talks about cannabis-based medicine and much more.

Bethan Rose is a full-time cannabis writer with 7+ years experience in the online world. A Welsh girl living in Bali, she has had the privilege of collaborating with global brands for content production.