Two months ago, Michigan’s head cannabis regulator, Andrew Brisbo, announced a new legislative priority, that the state bring Delta-8 THC and other cannabinoids under the same regulatory framework as Delta-9 THC. If a package of eight proposed bills pass the Michigan legislature this session, Brisbo and the Michigan Regulatory Agency will get to count a win.

“Some states are looking at banning this substance. That is not in the best interest of the people of Michigan nor do I think it’s good policy,” said Rep. Yousef Rabhi (D- Ann Arbor), one the co-sponsors of the package of bills in testimony before the Michigan House Regulatory Reform Committee Monday morning. “The product is out there. it’s being sold in an unregulated way. It’s being accessed by people that probably shouldn’t be accessing it. Why not regulate it like Delta-9? This is about bringing Delta-8 into that regulatory framework so that it’s licensed and tested.”

The eight bills, led by HB 4517, and sponsored by Rep. Rabhi and Rep. Jim Lilly (R-Holland), would revise the definition of Tetrahydrocannabinols (THC) more broadly so that not only Delta-9 THC is covered but any THC product the MRA determines has a potential for abuse.

The legislation, which still needs “tweaks” according to Rep. Rahbi, enjoyed a warm reception at Monday’s committee hearing, including testimony in support from the Brisbo, and the state’s two leading cannabis trade associations.

“We’ve got a regulated industry,” Steve Linder, executive director of the Michigan Cannabis Manufacturing Association told Grown In after the hearing. “We need to stay ahead of anything that needs to be regulated. We don’t want to ban it. It just has to go through a processor, and be tested.”

Delta-9 Tetrahydrocannabinol is a cannabinoid found in large, naturally occurring amounts in marijuana plants and is the key ingredient that spurs cannabis sales. Delta-8, an isomer of Delta-9, or a molecule with the same number of atoms of each element but with a different atomic arrangement, is also naturally occurring in marijuana plants, but generally in trace amounts. To obtain significant amounts of Delta-8, cultivators need to distill the plant, and refine the resulting distillate, emphasizing for Delta-8 over Delta-9.

While Delta-8 has attracted a great deal of media attention, cannabis lab scientists warn that other derivatives are coming down the pipeline.

“It’s almost certain that anything available on a commercial level right now is synthetically derived through an isomerization process of converting cannibodials,” Brisbo told the committee Monday. “The agency is now engaging in research to evaluate research of the conversion process to produce commercially available products.”

“This is a good effort by the MRA to align with what the MI public health code says,” said Greg Michaud, CEO of Viridis Laboratories, cannabis testing lab. Michaud and his two founding partners spent decades operating a forensic testing lab for the Michigan State Police, and says he’s acutely familiar with legislative efforts to keep up with the illicit drug market.

“Before it was legal you’d find a lot of these home scientists trying to synthesize [cannabinoids] so it wasn’t Delta-9,” said Michaud. There are lots of home chemists trying to skirt the federal schedule. Now we’re starting to get to some really sophisticated processing of this plant. It’s unknown where it can take us.” 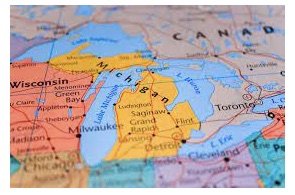