The Hawaii Tribune Herald reports ...A measure that would decriminalize the possession of up to 1 ounce of marijuana passed its first committee hearing on Tuesday.

Senate Bill 758 would increase from 3 grams to 1 ounce the minimum amount of marijuana that a defendant must possess to be charged with a petty misdemeanor. It would also permit persons previously convicted of possessing 1 ounce or less of marijuana to have the conviction expunged from their criminal record.

“(5)  Upon motion from a person convicted for the possession of marijuana under section 712-1249 arising from a set of facts and circumstances that resulted in no other criminal charge, the court shall grant an expungement order pertaining to the conviction for the offense; provided that the amount of marijuana for which the person was convicted of possessing was [three grams] one ounce or less.”

“(2)  Promoting a detrimental drug in the third degree is a petty misdemeanor; provided that possession of [three grams] one ounce or less of marijuana is a violation, punishable by a fine of $130.”

SECTION 4.  This Act shall take effect upon its approval.

The Maui Police Department noted that an ounce of marijuana is 28.35 grams, enough to make 40 to 50 marijuana “joints.”

“This is not simple possession. You do not carry around one ounce of marijuana for daily use. Law enforcement is not targeting medical marijuana users. We are going after people who illegally possess or distribute drugs in the State of Hawaii. Marijuana, which is still illegal (unless prescribed) should be treated as such and not minimized in the justice system,” Police Chief Tivoli S. Faaumu wrote.

Drug Policy Forum of Hawaii Board President Nikos Leverenz said the nonprofit believes not only in decriminalizing the possession of up to 1 ounce of marijuana, but also in reducing the fine from its current proposed level of $130, noting Virginia’s fine is a maximum $25.

“The evidence is already out there cannabis possession enforcement disproportionately impacts Native Hawaiians and ‘Filipinx’ communities, and using the UCR (Uniform Crime Reporting Program) data provided by the state Attorney General’s Office, we have over 1,000 misdemeanor cannabis arrests per year and if they’re convicted of that misdemeanor offense, there are over 100 collateral consequences that come from that,” he said. “It’s up to us, to your committee and to legislators to sort of utilize scarce law enforcement resources more wisely and this is a good measure.”

Senate Bill 758 was subsequently unanimously passed without amendments. It needs to secure a hearing before the Senate Committee on Judiciary by Friday to remain alive this legislative session.

The Senate Committee on Public Safety, Intergovernmental, and Military Affairs also passed Tuesday Senate Bill 767, with amendments. SB767 seeks to legalize the personal use, possession, and sale of marijuana in a specified quantity. It would also requires licensing to operate cannabis establishments and subject sales to excise and income taxes.

Amendments Tuesday included requiring generic packaging, not making products appealing to youth, and setting limits on where advertisements can be placed and where the drug can be used as well as banning flavored e-liquids. SB 767 next needs a hearing before a joint Committee on Judiciary and Ways and Means.

The other non-medical marijuana-related bills introduced this session have seen no action since being introduced in January:

For all intents and purposes, House Bill 238, which proposed authorizing persons 21 years of age or older to possess or use limited amounts of marijuana for recreational purposes and tax retail sales of marijuana, is dead this session after failing to secure the first of its three assigned committee hearings by the Feb. 11 deadline.

Friday is the deadline for following measures referred to two committees to move to their final committee:

• House Bill 7, which would legalize the personal use, possession, and sale of marijuana in a specified quantity for those 21 and older, establish a means for licensing marijuana establishments, and subject marijuana sales to excise and income taxes would do nearly the same.

• Senate Bill 705, which would remove marijuana as a Schedule I of the Uniform Controlled Substances Act and reclassifies it as a Schedule V drug. It would also increase the amount that qualifies as a violation of third-degree promoting a detrimental drug. 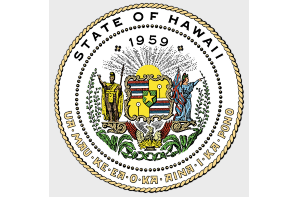