He Was Pushing OxyContin Now He’s All About Medical Cannabis

The BBC reports on his new company Emblem

Mr Stewart does not know which is more controversial these days, OxyContin or pot.

He guesses the average person would give “a bigger negative” to the powerful and controversial painkiller that has been linked to the opioid overdose and addiction epidemic in the US and Canada.

“There is a lot of anti-opioid sentiment,” he says, delicately. “And certainly based on the social disruption that we’ve seen it’s understandable.”

North of the border, some 15% of Canadians have an opioid painkiller prescription and 2% of those report abusing the drug.

But Mr Stewart has turned his attention elsewhere. He left Purdue Pharma in 2013 and is now a co-founder of Emblem, a medical marijuana company based in Paris, Ontario.

He credits his time at Purdue Pharma, which did some early research into therapeutic cannabis but never brought a drug to market, for sparking his current interest – finding better ways to deliver the medical benefits of marijuana to patients.

Now, his new job might just end up eating away at the bottom line of opioid manufacturers like the one he once worked for.

Doctors prescribe less pain medication in medical marijuana states. Recent research out of the University of British Columbia suggests cannabis has potential in helping to ease alcoholics and people addicted to opioids off their habit.

But Mr Stewart maintains there is still a place for powerful opioids that can help relieve severe and chronic pain.

“I saw a lot of patients who really, really, really had their pain improved by these drugs, of which OxyContin was only one,” he says.

Emblem is one of the newest entries into Canada’s burgeoning marijuana marketplace. It received its license to grow and sell medical marijuana from Ottawa last year, joining 35 other competitors in an increasingly crowded marketplace.

Investors, which include Mr Stewart, believe it can eventually generate CA$100m ($74m; £60m) in revenue a year.

Ottawa brought in a new regime for medical cannabis – legalised in Canada in 2001 – in 2014, forcing patients to buy their medication through large-scale licensed growers that would ship them dried marijuana. Those new rules helped launch a commercial industry that’s flourishing in the country.

In October, Shoppers Drug Mart, one of Canada’s major pharmacy chains, applied to distribute medical marijuana to the current cannabis patients, a number that is growing.

The federal Liberals also plan to introduce a bill this spring to legalise recreational marijuana across the country, which has further fuelled investment in the cannabis sector.

Emblem is also positioning itself to be part of the future recreational marketplace, which some estimates place at CA$22.6b . Its website, peppered with photos of millennials out with friends, urges visitors to join the “craft cannabis movement”.

Mr Stewart’s focus is the pharmaceutical arm of Emblem Cannabis, which will invest in research into things like dosing and plant strains as well as into the development of alternate forms of consuming medical marijuana like gel caps, sprays, patches, and pills.

Not everyone welcomes former pharmaceutical executives to the pot business.

Mr Stewart admits corporate newcomers like him are met with a healthy dose of scepticism within the tight-knit marijuana business community.

“Nobody says to me to my face: ‘We are terrified big pharma’s going to come take over this industry.’ However, they are,” he says. “These days nobody wants big pharma, particularly in the United States, to do anything.”

But he also says he meets people who see an opportunity to bring in capital to bolster research, improve quality control and consistency, and develop new products, something he says Emblem and other big cannabis investors will do.

“It’s really only because of the work of a lot of pioneers in this who put themselves at great risk, legal risk , that we are where we are today,” he says. 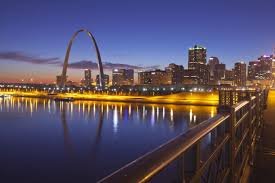