Still, hemp experienced some wins that may help solidify the burgeoning industry moving forward, according to industry organization leaders.

Miller points to the more than 20-point victory for Senate majority leader Mitch McConnell (R-Ky.), who helped lead hemp to legalization by championing both the 2014 and 2018 farm bills. “Certainly, Sen. McConnell has been very interested in hemp because Kentucky was once the leading state to grow hemp in the United States,” says Caren Wilcox, executive director of the U.S. Hemp Growers Association. “He understands the diverse products that will come from hemp as we progress.”

It is still unknown whether McConnell will remain the majority leader of the Senate as numerous states continue tallying their votes. However, hemp industry leaders are confident that U.S. Sen. Chuck Schumer (D-N.Y.), who could become the Senate majority leader should Democrats take over the Senate, will also be an advocate for hemp.

“I know personally that Schumer wants to drive hemp to help New York farmers,” says Geoff Whaling, chairman of the National Hemp Association and president of the Pennsylvania Hemp Industry Council. “Overall, because of the fact that hemp was [legalized by] a bipartisan bill that was pushed forward by McConnell, I think we will continue to have that support no matter who ends up leading the Senate.”

Other Congressional wins for hemp industry advocates, according to U.S. Hemp Roundtable, include:

And while Sen. Cory Gardner (R-Colo.), who has been a strong advocate for hemp, lost his reelection bid, hemp industry organizations are showing strong support for his opponent, former Colorado Gov. John Hickenlooper. In his time as governor from 2011 to 2019, Hickenlooper oversaw one of the first successful state hemp programs in the country and “should be an industry ally,” Miller says.

“I know there are hemp growers who are worried about the defeat of Senator Cory Gardner, but former Governor Hickenlooper should be a great supporter of hemp in his new capacity as [a] senator from Colorado,” Wilcox says.

Read the full article at    https://www.hempgrower.com/article/hemp-industry-supporters-elected-congress-election-2020/ 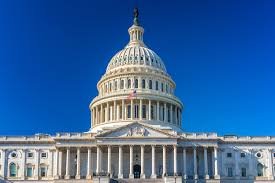