The owner of a Zimbabwe cannabis company is facing charges after being caught with 6 kilograms of gold worth $333,000 (€282,000) as she was about to board a flight from Harare to Dubai. Henrietta Rushwaya, owner at Canacube Zimbabwe Private Ltd., which holds medical cannabis and industrial hemp licenses in Zimbabwe, was charged with smuggling and other offenses. Rushwaya, who is also president of the Zimbabwe Miners Federation, was arrested with a federation employee, two state intelligence agents and a gold dealer.

Hemp licensee is arrested in Zimbabwe

She seems a pretty colourful character !

THE name Henrietta Rushwaya has been mentioned more than any other in Zimbabwe in the past week, if not month, owing to her arrest Monday in Harare for attempting to smuggle 6kg of gold out of Zimbabwe. But who is Henrietta Rushwaya?

Here is her biography in point form:

*Henrietta Rushwaya was born in 1968 in Masvingo

*She trained as a teacher at Morgenster Teachers College

*She returned in 2004 and was asked to coordinate fundraising activities for the senior national soccer team, The Warriors

*In March 2007, she was appointed ZIFA Chief Executive Officer

*In February 2008, Henrietta was arrested and charged with attempting to defeat the course of justice after an investigation at the Attorney-General’s Office into questionable circumstances that led to her trial on theft charges being brought forward by two months.

*In January 2011 news broke around the country that Henrietta was having an affair with MDC politician Welshman Ncube.

*Henrietta was arrested by the Anti-Corruption Commission in February 2012 on allegations of bribery and match-fixing linked to the Asiagate matchfixing scandal. She appeared in court facing 11 counts of concealing transactions from a principal, two counts of fraud and 15 others of bribery involving US$1 million.

*In August 2014, Henrietta was arrested on charges of extorting hundreds of thousands of dollars from Walter Magaya, the leader of Prophetic Healing And Deliverance Ministries.

*In November 2015, pictures of her and popular musician Jah Prayzah went viral as it was rumoured the two were having an affair. The pair however denied the allegations. 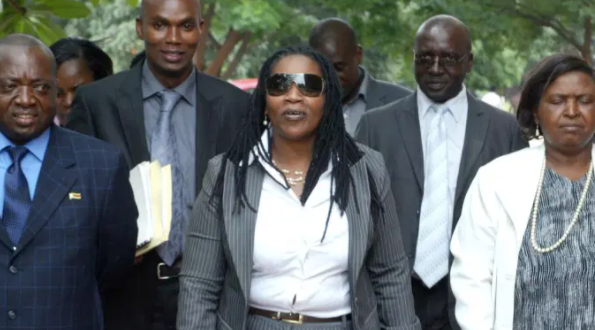