Hemp Provisions To Be Included In Proposed SAFE Legislation

Rep. Andy Barr, R-Kentucky, says two provisions aimed at helping hemp producers are likely to be added to the House version of the SAFE Banking Act.

The act would give marijuana businesses in the 11 states where it is legal the ability to conduct transactions with federally regulated banks.

The hemp provisions would help growers secure access to credit card processing services, which are reluctant to handle hemp transactions.

The crop was legalized as an agricultural commodity in the 2018 farm bill, largely at Senate Majority Leader Mitch McConnell’s behest. But growers say hemp still falls under the shadow of marijuana, which is legal in an increasing number of states, but not federally.

“Right now a lot of Kentucky hemp farmers and hemp-related businesses are having trouble accessing financial services,” said Barr, a member of the House Financial Services Committee. “Many of these banks and credit unions, they want to serve these businesses, but they don’t want to do anything that would get them in legal trouble.”

Barr noted the bill’s sponsor, Rep. Ed Perlmutter, D-Colorado, “recognizes how important hemp banking is to Sen. McConnell” and that helped to persuade Perlmutter to include the hemp provisions to “increase the profile of the bill in the Senate.”

Perlmutter’s office confirmed that it is considering adding a hemp provision to the legislation, but was still working on the precise language. 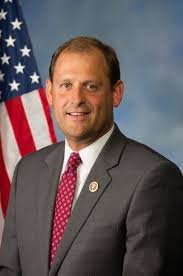