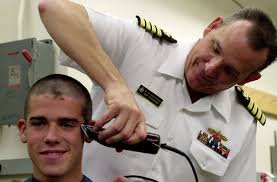 Hemp Shampoo Is Out For US Navy Servicemen & Women

Looks like they’ll have to stick with argan oil shampoo in the meantime.

The update was released just four days after the House of Representatives approved an amendment to a spending bill that would allow all military service members to use products containing hemp and its derivatives including cannabidiol.

In its new Friday memo, the Navy clarified that “use” of banned products “includes the use of topical products containing hemp, such as shampoos, conditioners, lotions, lip balms, or soaps.” That language did not appear in either of its earlier hemp policy notices, including one released earlier this month.