Worth keeping up to date with as much as you can find out about the Chinese hemp sector. Information is always going to be patchy to gather it where you can.

Like everywhere else in the world, China’s CBD sector is moving along in fits and starts, with some firms making advancements as others stumble amid a range of roadblocks.

Despite the fact that CBD is under strict regulations in China – only CBD cosmetics: products such as serums, sunscreen and creams are allowed on the domestic retail market – Chinese pharmaceutical companies have aggressively jumped into development projects, hoping to cash in on exports pegged at €820 million ($964 million) in 2019, and anticipating the government will eventually adopt friendlier laws to guide the domestic market, a process expected to unfold slowly.

Currently, CBD products are made in Yunnan, Heilongjiang and Jilin provinces, which are the only regions in China authorized to grow industrial hemp, under a THC limit of 0.3%. Companies that want to extract CBD from hemp must apply for approval and comply with a wide range of legal requirements, and the products may be produced only from hemp leaves, and not from flowers.

“The combination of seismic demographic shifts and rapid expansion in discretionary incomes contributes to forecasts calling for CBD demand to rise significantly in China’s domestic market, echoing CBD’s rapid growth in the West,” according to a report released in August by U.S.-based researcher Arcview.

According to Beijing News, more than 40 listed companies have jumped into industrial hemp in China, most of them focusing on CBD. Broker Tianfeng Securities predicts that the expansion of industrial hemp and its extracts in consumer applications will continue to increase in 2020, with a second wave of leaders emerging. But the coronavirus pandemic and other problems have beset many. Here’s a look at the status of key players:

Zixin Pharmaceuticals introduced three European hemp cultivars this year which it is researching at facilities in Gannan County, Qiqihar City, Heilongjiang Province. The company is employing the assets of its Dutch subsidiary, Fytagoras BV, for research and development into such things as breeding, cultivation, biological active ingredients and extraction. Zixin said it also plans to provide other companies with technical services.

Muya Agriculture, Yunnan, one of the earliest entrants in the hemp sector, says it has developed formulas and processing and research facilities to turn out GMP CBD as it seeks certification under EU organic requirements. Muja, which was recently acquired by Longjin Pharmaceutical, planted hemp on about 650 hectares (1,600 acres) this year.

Fu’an Pharmaceutical this year completed a 51% acquisition of Red Realty for $73 million, and has plans to expand production of both medical marijuana and CBD. The company said it is on track to complete construction of new production facilities and meet financial goals this year.

Fangsheng Pharmaceutical said after successful trials last year that it has steadily expanded farming operations in 2020 after completing construction of extraction and processing facilities in Chuxiong, Yunnan, where it is developing a wide range of products.

Renhe Pharmaceutical launched a non-public stock offering earlier this year to raise funds in support of the “Renhe Xianghe Industrial Hemp Comprehensive Utilization Industry Project” and for other projects to expand its footprint in the health products sector.

While those companies are advancing, others have stumbled:

Huaren Pharmaceutical decided to terminate its industrial hemp project in July in light of domestic and global economic conditions. The company had signed a cooperation agreement last year with Yunnan Suma Biotechnology Co., Ltd., with intentions to build an industrial hemp factory and greenhouse facilities in Yunnan, boosting its share price by 20% at the time. But after failing to make progress in acquiring required licenses, the company now says it has abandoned the project.

Erkang Pharmaceutical, which had inked a cooperation agreement with Yunnan Suma and established an equity fund to develop research and development, production, and sales operations, recently canceled the agreement when the two firms could not agree on a valuation under negotiations that would have established a new entity, Yunnan Haner Industrial Hemp Technology Co., Ltd.

Shouxiangu, which had established established Yunnan Shouxiangu Company in 2019 with investment group Shunhao, said the partners have ended their agreement after failing to obtain a license for industrial hemp cultivation.

Yunnan Hongling, a subsidiary of Guizhou Braun, said it has suspended development of its hemp assets, blaming the coronavirus pandemic. The company had inked a cooperation agreement with Heilongjiang Hanrong Hemp and the Harbin Institute of Medical Sciences, with plans to overhaul Hanrong Hemp after carrying out R&D and obtaining licenses for hemp growing and extraction in Heilongjiang Province. 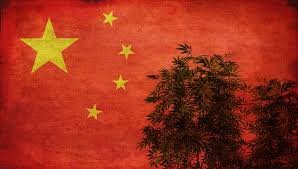