Title: Hemp processing plant could be constructed in Carlisle County

Extract:  A California company hopes to develop a $30M  hemp processing plant in western Kentucky. Kings Royal Biotech of San Diego, California along with an unnamed Chinese partner plan to begin the processing of more than a thousand acres of hemp in Carlisle and Hickman Counties, with the 2018 Hemp harvest.

Title: A company just inked the first ever deal to supply US-grown hemp fiber to an apparel company

Extract:  A Nebraska-based company signed Thursday the first contract to supply US-grown hemp fiber to a sustainable apparel company, according to an investor close to the deal. Bastcore, LLC, purchases raw hemp grown by US farmers and has a proprietary process for converting hemp stalks into commercial materials, for textiles, composites, and energy production.

Extract:  An entrepreneur at the forefront of establishing hemp in Washington state says that he has harvested his first crop but doesn’t know what he’ll do with it, underlining the unpredictable future for sober cannabis in the state. Cory Sharp said he figures he can store for a couple of years an estimated 70,000 to 80,000 pounds of hemp grain. He said he’s trying to line up financing for a plant to make hemp-seed oil, sold as a nutritional supplement. “It’ll take millions to do it right,” he said. “It’s a lot of capital, and there are a lot of hurdles.” Sharp, owner of HempLogic, oversaw last spring the first planting of hemp under rules set down by the Washington State Department of Agriculture. The rules carefully followed federal limits on cultivating hemp plants, which remain a federally controlled substance, even in states with legal recreational marijuana.

Title:  Advocates, Legislators Push to Legalize Hemp in Wisconsin An advocacy group and two state lawmakers are trying to legalize hemp production in Wisconsin, decades after it was outlawed.

Extract:  JANESVILLE, Wis. (AP) — An advocacy group and two state lawmakers are trying to legalize hemp production in Wisconsin, decades after it was outlawed. Rep. Dave Considine, D-Baraboo, and Rep. Jesse Kremer, R-Kewaskum, are circulating bills that would regulate industrial hemp in the state, The Janesville Gazette reported . Hemp has plastic and fiber components that can be used to make furniture, canvas, fabric and other paper products.

Title:  Wisconsin Committee to Vote on Hemp Farming Bill A legislative committee is set to vote on a bill that would allow Wisconsin farmers to grow hemp.

Extract:  MADISON, Wis. (AP) — A legislative committee is set to vote on a bill that would allow Wisconsin farmers to grow hemp. The Senate Committee on Agriculture, Small Business and Tourism is scheduled to vote on the measure Wednesday morning. The bill calls for the state Department of Agriculture, Trade and Consumer Protection to issue licenses to farmers looking to grow industrial hemp. People would drug convictions wouldn’t be eligible for licenses and the plants couldn’t contain more than 1 percent THC, the active ingredient in marijuana. At least 30 states, including neighboring Minnesota, Michigan and Illinois, have passed legislation allowing hemp cultivation.

Extract:  Two innovative companies using hemp to transform buildings and fashion have joined the second phase of the renowned Climate-KIC Accelerator programme at the Edinburgh Centre for Carbon Innovation (ECCI), which runs until the end of the year. Scott Simpson of Industrial Nature, a firm that produces building blocks and insulation from hemp crops, and Sam Whitten, whose company Hemp Eyewear is hoping to displace plastic frames with a sustainable alternative, join six other fledgling Scottish businesses to receive dedicated coaching, workshops and funding of up to 20,000 euros to help their business take off. 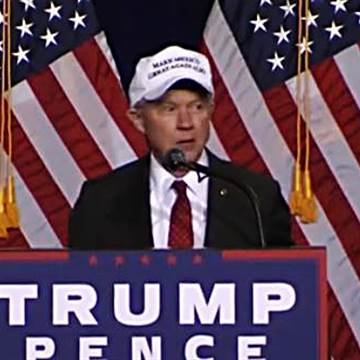 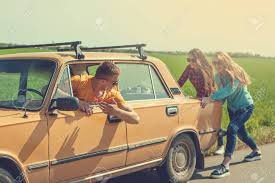 Just Keep On Pushing It Down The Road…