Among five applicants to serve as a consultant for the city of Hawthorne as it designs and implements a new cannabis business program is familiar face in Southern California — former Los Angeles City Councilman Herb Wesson.

Wesson was termed out of his seat in 2020 representing the 10th district of Los Angeles since 2005. Wesson ran for and lost a race for a seat on the L.A. County Board of Supervisor against Holly Mitchell in November.

“I know that there were some concerns where it related to politics and me being political,” Wesson told the Hawthorne City Council Wednesday, May 12, during a special meeting to evaluate the five candidates. “I am not a politician. I am not involved in politics. I am a small minority businessman just trying to feed my family like millions of Americans.”

Wesson went on to acknowledge that he served 34 years in elected office — first as a State Assemblyman — saying it “should prove to be an advantage for you because I’ve sat on your side of the table.”

The city of Los Angeles prevents anyone who served in elected office from working for the city as a consultant for up to a year after leaving office. But nothing precludes former elected officials from consulting for other cities.

Since leaving office, Wesson formed a consultant firm Herb Wesson & Associates and together with Andrew Westfall at Bear Demographics and Research they responded to a request for proposal by Hawthorne in April. Westfall worked with Wesson to design Los Angeles’ cannabis program in 2017. The firm currently has eight municipal clients, none of them related to cannabis.

Competing with Wesson was four other applicants including HDL Companies, which has worked with more than 200 cities and counties in California on cannabis regulations.

Hawthorne Mayor Alex Vargas said the city was being proactive on the cannabis issue, which it has resisted for years, because officials fear the state or a future ballot measure could impose regulations on them involuntarily. Currently, dispensaries are not allowed in Hawthorne.

“We are moving ahead with this because we just don’t want the state to come in and dictate what we do,” Vargas said. “We are worried the state might come in and regulate everything for us and we lose local control.” 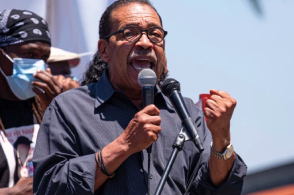