Hemp Today reports on the  ….. Kunming International Industrial Hemp Industry Park, which opened in Yunnan Province this past September in the Kunming Economic Development Zone. The park is already home to corporate offices, centers for technology R&D; facilities for scientific and technological transformation, testing and inspection; and cannabinoid extraction and synthesis. An exhibition and trading center displays more than 200 hemp products.

We’d suggest it is an approach that is likely to leave many nascent hemp (CBD)  sectors in the the dust as  markets around the world are flooded with cheap product from China.

Although Chinese products will be prevalent througout the North American markets of the USA and Canada consumers are probably educated enough by now to provide some sort of buffer and protect the local sector, to an extent.

Countries that suffer will be those who have been playing the local protectionism game.

Australia is a perfect example. The Bermuda triangle of the TGA (Theraputic Goods Agency), anti-competitive companies protecting their larger shareholders and an overly cautious medical community will mean consumers choose cheap Chinese imports purchased online over expensive locally produced product that is still unlikely to be allowed onto the domestic market until late 2021 at the earliest, if even then.

The Australian TGA is meant to be releasing recommendations at end of December after the industry has already put its finger in the pie and now we are waiting on another set of proposals from the medical powers that be who say that they think CBD should be only provided as a prescription. It won’t end well, Australia will be flooded by cheap imports from China and consumers will take their luck ( illegal or not) because the nature of the 21st century technology and Chinese trade strategies will win the day 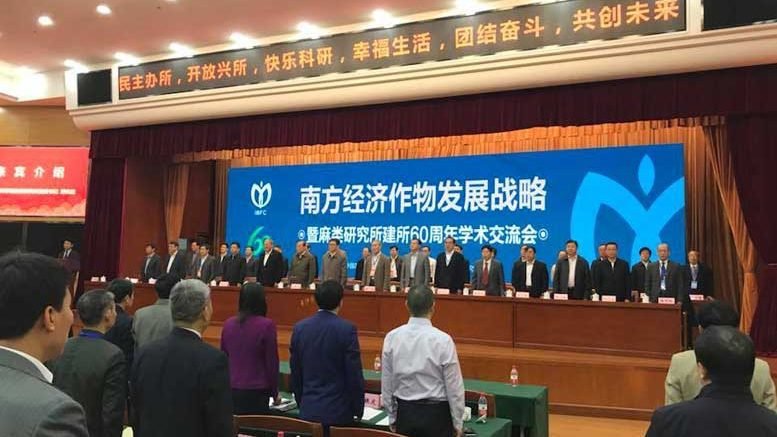 The China Hemp Association’s conference draws up to 500 guests annually.

The Kunming hemp industrial park hosts roughly 30 hemp-focused companies which have taken 37,000 square meters (~400,000 sq. feet) of office and factory buildings. It is expected that more than 60 companies will settle in the park over the next year. The goal, said Mayor Wang, is to rapidly make hemp the centerpiece of Yunnan’s health and bio-technology industries, led by bio-tech firms and investors driven primarily by the potential for CBD and other cannabinoids.

While a total of more than 60 companies are reportedly pre-approved for CBD production in Yunnan and Heilongjiang combined, 12 enterprises are currently authorized for extraction and processing in Yunnan. That has set the province up as a major CBD supplier to world markets, with exports going to the United States, Europe, Canada, Japan, South Korea and other countries and regions for the production of such end products as e-cigarettes, medicines and pet food.Some CBD is also sold domestically for health & beauty products, the only CBD applications that can be legally sold to Chinese consumers. 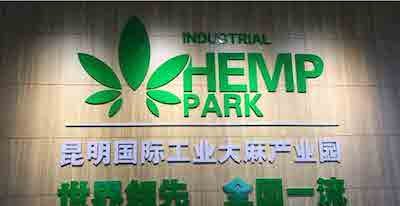