OTTAWA, Nov. 05, 2020 (GLOBE NEWSWIRE) — HEXO Corp (“HEXO”, or the “Company”) (TSX: HEXO; NYSE: HEXO) is pleased to announce it has reached a settlement after pursuing legal action against a California business using the HEXO name and trademark.

The California-based defendant, Assi Project Management, LLC (“Assi”), was using HEXOCBD to sell CBD products in the United States. HEXO sued Assi and its principals in the U.S. District Court for the Southern District of California for unfair competition and trademark infringement, arising from their unauthorized selling of CBD products and services under the name HEXOCBD, which the Company alleged infringed HEXO’s intellectual property rights, including its trademarks and trade name.

“The HEXO brand is sufficiently established, both in Canada and in the U.S., that if another company – in the same industry, no less – uses it as a part of its mark, HEXO believes the situation creates confusion for the consumer and potential for reputational issues, and is ultimately a fair competition issue,” said Roch Vaillancourt, General Counsel for HEXO.

HEXO is an award-winning consumer packaged goods company that creates and distributes prize-winning products and services for the cannabis market. The Company has been using HEXO as a trade name and mark since at least June 2018 and, with the advent of legalization in Canada, has fully adopted the name for use in connection with its products and services throughout both the adult-use (recreational) and medical cannabis markets. The Company has also established its U.S. presence with, among other things, the creation of HEXO USA Inc., and has been listed on the New York Stock Exchange since January 2019.

The settlement between HEXO and the defendants includes, among other items, the following provisions that are included in a permanent injunction approved by the Court:

“I’m pleased we were able to reach a settlement, as it is recognition that consumers associate the HEXO mark with our company and sends a message that we will not tolerate violations of our trademark rights,” added Sebastien St-Louis, CEO and co-founder of HEXO. “We are creating a company and brands that can stand the test of time, and that can grow in legal markets as they become available to us.”

Earlier this year, HEXO announced that it is expanding its partnership with Molson Coors to create a joint venture which will explore opportunities for non-alcohol hemp-derived CBD beverages in Colorado. 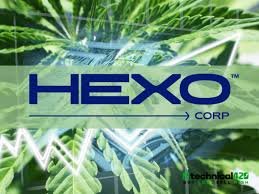