A 12-year-old boy in Hong Kong has reportedly become the youngest-ever suspect detained by customers over drugs, according to the South China Morning Post.

The boy was among four Hong Kong youths arrested in raids across two flats earlier this week. Police believe that the four were lured by drug traffickers into receiving the items for a financial reward.

The raids netted more than three kilograms of cannabis, with the parcels arriving from the United States.

The two packages originated from the same sender. Each package was declared as a consignment of clothes and Christmas decorations, but one package, containing 1.5 kg of cannabis, was intercepted at Hong Kong International Airport this week.

The package was addressed to a 16-year-old boy in Kowloon City. He was arrested at his residence.

The second package, containing 1.6 kg of cannabis, was addressed to a 14-year-old boy living in Tai Kok Tsui. He was also arrested at his home while two other suspects, aged 12 and 14, were detained in nearby areas.

According to investigators, three of the four boys are friends and not linked to the 16-year-old apprehended in Kowloon City. 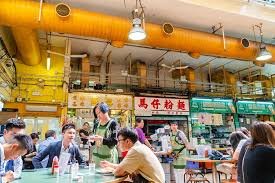