Well actually  this means Beijing says it will not legalize cannabis!

Although, if HK had free choice on the matter it would still be a big no.

So… it will be interesting to see what happens to the sprouts of the nascent CBD sector in the city.

After the year they’ve had it isn’t surprising that cannabis use is up by 23%.

See our report  on CBD in HK

A Beginner’s Guide To CBD: What It Is And Where To Find CBD Products In Hong Kong

The government will definitely not legalize cannabis, the Commissioner for Narcotics, Ivy Law Chui-mei, said as more countries move to bring the drug mainstream.

Law said the number of people taking drugs in the first three quarters dipped 4 percent from the same period last year to 4,526.

However, the use of cannabis surged 23 percent in the same period.

The increase was mirrored by the number of youngsters aged 21 or below using cannabis, which rose 20 percent in the same period.

Law said there was a misconception that cannabis is harmless as it is a herb.

“Drugs such as heroin and cocaine are also derived from herbs, so such a saying is misleading. Therefore, the SAR government will not legalize the use of cannabis.”

She said the rising use of cannabis could be linked to the legalization of “recreational cannabis” in Canada since 2018.

The removal of cannabis from the controlled substance list in the United States this month, she said, could lead people to further underestimate its harm.

Canada, Georgia, South Africa and Uruguay, in addition to 15 US states and the Australian Capital Territory, have also legalized recreational cannabis use.

Meanwhile, Law also said the number of youngsters aged 21 or below using ketamine in the first three quarters jumped 76 percent from 33 in the same period last year to 58.

She added that as many are taking drugs at home amid the closure of bars and entertainment venues, detection has become more difficult.

Law said drug trafficking via sea routes was still going strong, with at least 4,200 kilograms of drugs seized in the first three quarters. 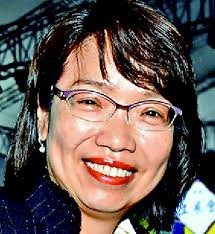