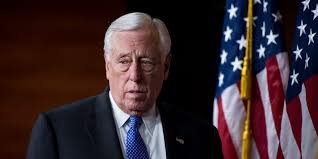 Usually we take this sort of announcement with a pinch of salt. But it comes from the House majority leader and is reprted by Marijuana Moment. Two sources that we tend to trust.

It has been said a number of times before so let’s see what happens.

Remembering Trump is still in the Whitehouse in December and will want to stymie any Democrat proposal and it looks unlikely the Senate will flip to the Democrats. We’d suggest it’ll be an exercise in process more than aything else