To many outsiders, the United States would appear to have complex laws when it comes to certain areas. Not only is there federal law but there are also state laws, and sometimes they seem to conflict and contradict each other.

Sometimes these amendments are quite minor but on occasion, they can be quite dramatic. Often though, no matter how simple the change in the law might appear, they can change a person’s life in surprising ways. After the legislation changed in November 2018, history was made as the first legal cannabis shipment arrived in the UK a few months later. This allowed patients access to medical marijuana for the first time.

Oregon got the ball rolling

Back in 1973, Oregon became the first state to decriminalize the possession of cannabis. This meant that possessing a certain amount of weed was no longer the criminal act that was considered before. The fine for possessing an ounce was dropped to $100 with no risk of jail time.

Oregon wasn’t finished there though. In 2016, they moved to legalize weed completely so that the use and possession for over 21-year-olds were no longer carried any form of punishment. This had two effects, firstly, it took away the fear of arrest for anyone who wanted to use cannabis for recreational and medical purposes and it also freed up valuable police time.

Once again though, Oregon wasn’t finished. In 2020, they decriminalized possession of small amounts of hard drugs. Once again, this frees up resources and saves money that law enforcement can use in better ways.

Millions of people swear that CBD has great benefits for physical and mental wellness, and in 2018, the FDA appeared to agree. Nearly 3.5 million people across the states have epilepsy, and they were given a boost when the FDA approved Epidiolex, a CBD-based drug to help alleviate the symptoms of the illness.

While research is still ongoing when it comes to the use of cannabis products for medicinal purposes, this approval from the FDA adds some legitimacy to beliefs already held by consumers across the world.

The Supreme Court tears up the sports act

A few years ago in 2018, it was still illegal for many Americans to bet on their favorite sports. If you visited a casinot in Nevada or New Jersey you could happily gamble on basketball or baseball but not so much elsewhere.

The Supreme Court decreed that the PASPA was outdated and this opened up all 50 states to allow sports betting. The NFL, NCAA, NHL, and NBL, all opposed the ruling on the Professional and Amateur Sports Protection Act but the Supreme Court decided otherwise.

Many states have now legalized sports betting which has created employment and generated taxes for local governments.

Magic mushrooms for medicinal use

This is an area that is garnering a fair amount of news coverage recently. The proposed law would make magic mushrooms legal in California, and Oregon has already decriminalized possession. However, by and large, possession of psilocybin is still illegal.

The reason that there is so much talk about the drug is that there is evidence that it can help with certain mental health problems. Many people have taken to micro-dosing psilocybin each day to counter symptoms that would normally impact their lives.

There are online dispensaries where psilocybin products can be purchased and as yet they have not been closed down, however, having them delivered to your home could land you in legal problems. This is one law that is still waiting for some change.

During the pandemic when millions were on enforced lockdowns or partaking in quarantines, many people sought out new forms of online entertainment. However, the laws in the US don’t allow online gambling or casinos except in certain states.

These websites are proving highly popular and slots online are enjoyed by millions. It remains to be seen whether the laws will open up across the US on this one but Hawaii is finally making some changes. After banning all forms of gambling, including for charitable reasons, Hawaii is finally looking at changing laws to allow its residents to play…Bingo!

What states are refusing to change?

As mentioned above, Hawaii has some very strict anti-gambling laws but there is one particular state that is refusing to move forward on many issues. Idaho has very strict cannabis laws and will enforce them even when the amount in question is minimal.

When it comes to recreational marijuana you need to know everything about the law as legislation differs from state to state. Idaho is definitely one place that you don’t want to be caught with even a little bit of pot. It is also illegal to place wagers on sports or to play in casinos online. Anyone caught in an illegal gambling activity faces either a fine or imprisonment or both.

As far as cannabis, CBD, and THC products go, it would seem that the laws will keep moving forward, especially as more medical uses are found for them.

It is hard to see any state taking a backward step now that they have allowed dispensaries and personal use to happen. Other states such as New Mexico and Virginia are about to join in decriminalizing possession and more will surely follow.

As far as mushrooms and psilocybin go, it remains to be seen if California will push its reforms through and if other states will stand up and take notice.

When decades-old laws are amended and struck down there can be extremely positive results. In the case of cannabis and gambling laws, there are increased revenues, jobs are created, police time is diverted to more worthy causes, and consumers benefit too.

Making medical marijuana legal has been a huge boon to many people and it can only be hoped that psilocybin will go the same way and be able to help with mental wellness in the future. 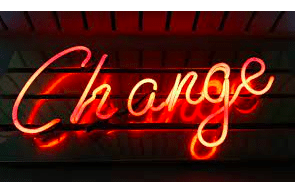