Marijuana has been legalized in more than 30 states for recreational and medical use. To get weed, you can buy them in online dispensaries in DC. Marijuana is said to have several benefits to both human beings’ physical and mental health. Cannabis helps in relieving anxiety and depression. Marijuana has two components present that offer different effects for anxiety relief and depression. THC (tetrahydrocannabinol) is the psychoactive component of marijuana that causes a high and makes it desirable for recreational usage. CBD (cannabidiol) is a non-psychoactive component of the cannabis plant that adds to its pharmacological activities without causing a high; it is the component of the medication researched for the treatment of depression.

How weed helps fight against anxiety and depression

According to research done at the University of Buffalo’s Research Institute on Addictions, findings depicted a chemical component in the brain called endocannabinoids, which are connected to emotions of overall well-being and trigger the same receptors as many of the active components in marijuana. Moreover, a test done on rats indicated that the synthesis of endocannabinoids was lower in chronic stress than in normal settings. Therefore, they concluded that the compounds in cannabis might be effective in restoring normal endocannabinoid activity and relieving depressive symptoms. Furthermore, another study researchers found that smoking cannabis can considerably lower self-reported rates of depression in the short term. However, the researchers discovered that frequent usage did not result in any long-term alleviation of symptoms and, in some cases, may significantly aggravate depression over time.

How CBD contributes to fighting anxiety and depression

CBD, in particular, is said to aid with depression since it may alter the 5-HT1A receptors, which are a kind of serotonin receptor. Low serotonin levels are linked to anxiety and despair; therefore, it’s commonly called the “happy molecule.” Additionally, CBD is said to have an anti-depressant effect potentially due to an increase in brain-derived neurotrophic factor (BDNF). Depression is linked to low BDNF levels.

When you use cannabis daily, you run the danger of becoming addicted. Cannabis, contrary to common opinion, is addictive, and there is a risk of developing cannabis use disorder (CUD). Different reports indicate that most people with clinical depression and bipolar disorders are more susceptible to CUD. CUD patients are three times more likely to suffer from serious depression or anxiety. 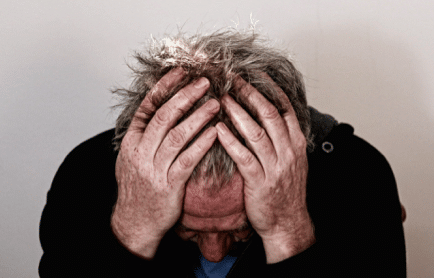 Cannabis and mental problems come with a slew of potential dangers. Certain anti-depressants and anti-anxiety drugs have been known to interact with cannabis, resulting in unpleasant side effects. It’s recommended to consult a cannabis-friendly doctor if you wish to self-medicate with cannabis. It’s critical to tell your psychiatrist, primary care physician, and any other doctor who prescribes medicine to you that you’re taking cannabis.

In conclusion, marijuana, particularly CBD and low doses of THC, has been shown to reduce anxiety symptoms momentarily. If you decide to try marijuana, bear in mind that it might make some individuals feel anxious. Before you try anything, there’s no way to tell how it will impact you. It’s advisable to take it with caution and in tiny amounts. 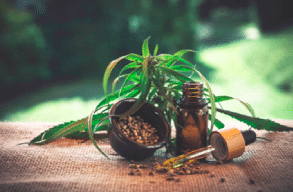