The Humboldt County Board of Supervisors adopted an urgency ordinance Tuesday to extend a temporary moratorium on industrial hemp cultivation in the coastal zone for another six months as the county awaits feedback from the California Coastal Commission.

Back in February, the board unanimously passed a permanent ban on industrial hemp cultivation, replacing the temporary moratorium that was set to expire May 10. Though the ban was “permanent,” the ordinance was passed with the intention to be amended at a future date to allow non-commercial hemp cultivation for research purposes.

The College of the Redwoods expressed interest in limited cultivation of industrial hemp for educational and research purposes at its Tompkins Hill Road campus in October 2020. Humboldt County Planning Commission staff then drafted inland and coastal industrial hemp ordinances that continued the existing moratorium in unincorporated areas of the county with an exception for CR through a special permit process.

If approved, the extended moratorium would endure for another six months to give the Coastal Commission time to review and certify the county’s proposed ordinance, Richardson said.

“Personal use still prevails at the state level and so you can grow six cannabis plants per residence, legally without any permits,” he said. “So, if you want to grow CBD-rich hemp you can do that six plants. (If you) want to grow THC plants you can grow those six plants. For those that are looking for CBD for personal use, you can do that. I just want to make sure folks realize this doesn’t prevent that.”

“I believe that it’s all correct,” Ford said. “Arcata does allow hemp and I’m not sure what Eureka and Fortuna do.”

After about 10 minutes of discussion, supervisors unanimously voted to adopt the urgency ordinance in a 5-0 vote.

The board will consider approval of a special permit for CR following the Coastal Commission’s review of the coastal use ordinance. 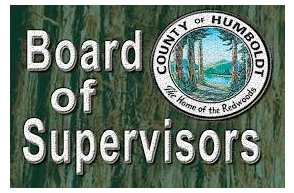