If You Don’t Believe, You Won’t Receive: Predicting Three Cannabis Reforms in the Coming Year

I’m not proud of it, but I’m the resident cynic amongst the editorial staff here at Budding Trends when it comes to federal marijuana reform. And after all, someone has to temper the frivolous whims of others. But we’re coming off the holiday season where I told two growing children that if they did not believe in Santa, they would not receive gifts from Santa.

So in that spirit, I’m going to make three optimistic predictions for federal cannabis reform in 2023.

Hunter Robinson, my co-editor and good friend, is going to have a field day with this. For the past two years, he has been predicting passage of the SAFE Banking Act. Every time it fails, I mock him and point out that the act is the football that Lucy (Congress) continues to move to make Charlie Brown (Hunter) fall in humiliation.

New year, new me. Let’s see what it feels like to be optimistic.

Second, important members of both parties have expressed interest in getting a deal done in 2023. Rep. Patrick McHenry (R-NC), who is slated to serve as chairman of the House Financial Services Committee in the next Congress, has indicated that he does not believe the legislation will pass during the lame duck session but may in the next session.

Now, at the risk of reversion to cynicism, there are headwinds:

McHenry made clear that GOP support for the legislation will be largely contingent on whether lawmakers seek to attach additional provisions such as expungements and move it as part of a so-called SAFE Plus package, which Senate Majority Leader Chuck Schumer (D-NY) has been working to finalize and which other members such as Brown have insisted upon.

“You had a wide, bipartisan vote in the House” when it passed SAFE Banking as a standalone, McHenry said. “So if the Senate had just taken that, you could see a substantial vote in the Senate as well. I think the mistake they made was trying to expand beyond what [Rep. Ed Perlmutter (D-CO)] so masterfully negotiated here in the House.”

If a new set of lawmakers can agree to sacrifice the perfect for the good, the SAFE Banking Act will become law in the coming year.

2. The House of Representatives Will Vote to Legalize Marijuana.

This one may seem particularly out there given the Republicans’ new control of the House. But even if statistics lie (there’s a quote somewhere), the results of elections in nearly 80% of the states don’t. This will not be a key issue for the House, and it could easily be overtaken by events both predictable (recessionary concerns, for example) and unpredictable.

Let’s just call this one a hunch. It almost certainly gets a moment’s notice in the Senate, but something tells me the House of Representatives is going to continue to make history on cannabis issues in the coming year.

3. The 2023 Farm Bill Will Pour Gasoline on the Hemp Industry.

The 2018 Farm Bill was a lightning bolt for the hemp industry. For the first time in nearly a century, it legalized hemp at the federal level. The past four years have seen extraordinary growth in the hemp industry in ways that many could not have even expected in 2018. For example:

Congress is set to pass a new farm bill in 2023. Amongst the many provisions of that legislation, what can we expect on the hemp front? Congress will almost certainly take action on these products that they had not fully appreciated five years ago. My guesses are that industrial hemp is the big winner, there is additional pressure to allow a certain amount of CBD in certain food and beverage products, and isomers such as Delta-8 and Delta-10 are codified but with more stringent regulations at the federal and state levels.

Will any of these predictions come true? Time will certainly tell. But if you don’t believe… 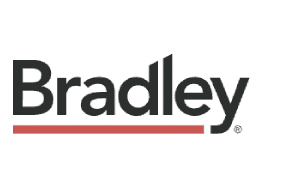