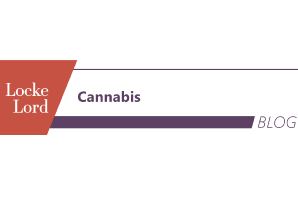 The Illinois Department of Financial and Professional Regulations (IDFPR) is expected to issue its “supplemental” deficiency notices for dispensary license applicants “soon,” with soon being a relative term given this supplemental deficiency notice round was announced in early fall of 2020. Nevertheless, because the Illinois Department of Agriculture (IDOA) recently issued deficiency notices to craft grower, infuser, and transporter applicants, we think the IDFPR notices may be on the horizon. In preparation, we would like to share some observations from the IDOA notice round.

Curing deficiencies can be a complicated and difficult process, particularly for those who are unable to discern why they received a point deduction. The most significant thing for dispensary applicants to keep in mind is that unlike the craft grower, infuser, and transporter applicants, here you are chasing a perfect score. That is because 21 applicants have already achieved perfect scores. Dispensary licenses are expected to be awarded through a lottery to perfect score getters. Thus, anything less than a perfect score will likely exclude you from the lottery as it is currently structured. Applicants are being held to the highest bar of perfect scores, making that needle in the haystack analysis all the more critical.

For assistance with responding to IDFPR deficiency notices or questions about the process, please contact us and be sure to follow our blog to stay up to date on Illinois cannabis licensing and everything else concerning the cannabis industry.

Slovakia: Sale And Advertising Of CBD Products In Slovakia

Cannabis And Trademarks: Sale of Cannabis-Infused Products Cannot Form Basis for Trademark Prior Use Defense