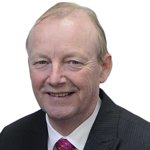 Earlier this week, global tobacco company Imperial Brands (NASDAQOTH:IMBBY) made a move that could signal the beginning of a budding relationship between the tobacco and marijuana industries.

Imperial Brands said earlier this week that it had named Simon Langelier as a non-executive member of its board of directors on June 12. Langelier’s long history with Philip Morris gives him a pedigree that looks perfectly suited the role. In particular, the new Imperial director has worked in areas across the globe, including Latin America, Asia, and the Eastern Europe-Middle East-Africa region. He also served as president of Philip Morris’ next-generation products division, which has been working on some of its highest-growth prospects.

However, what makes Langelier’s appointment interesting is that he’s also the chairman of a company called PharmaCielo: A Canada-based supplier of medicinal-grade cannabis oil extracts and related products. As Imperial Chairman Mark Williamson said, Langelier’s “extensive international experience in tobacco and in wider consumer adjacencies will be a great asset to the board.”

The appointment seems to be in line with Imperial’s broader corporate goals. In late 2015, it announced that it would change its name from Imperial Tobacco, saying that the change would “better reflect the dynamic, brand-focused business that we are now.” The decision raised speculation that Imperial would diversify its tobacco-heavy business to expand other consumer products, including the blu e-cigarette line that it obtained from Lorillard after Lorillard’s merger with Reynolds American. Yet more than a year later, Imperial still gets almost all of its revenue from tobacco. That has fed speculation after the naming of Langelier that Imperial might make forays into marijuana as well as more fully embracing cigarette alternatives like the heated tobacco products that Philip Morris has introduced so effectively — and that rival British American Tobacco has sought to duplicate.

MORE AT LINK ABOVE

Mr. Langelier is a highly experienced senior executive with a long and successful career with Philip Morris International. His expertise in working in multicultural and multinational environments together with his effective leadership and people motivation skills have led to the achievement of ambitious results in diverse businesses in very different markets.

Mr. Langelier served in leadership capacities with Phillip Morris International (PMI) and subsidiaries for over 30 years, most recently as the managing director of Coltabaco (Philip Morris Colombia) in Bogota from 2010-11. Through extensive interaction with the Colombian government, Mr. Langelier was able to successfully promote the merits of PMI’s request to acquire a second local company. He completely restructured Coltabaco, stabilizing and then growing market share while turning the company from a loss-maker into a profitable contributor to the Colombian economy.

As president of Next Generation Products and Adjacent Businesses from 2007-10, Mr. Langelier set up this new department of PMI. Interacting heavily with the company’s 300 R&D scientists he initiated, negotiated and finalized a joint venture for the worldwide commercialization of the company’s smoke-free products.

Mr. Langelier was president of Eastern Asia with Philip Morris Asia Limited in Hong Kong from 2005-07, responsible for annual revenue of $5.7 billion and 3,500 employees in Japan (PMI’s most profitable market), Australia, New Zealand, South Korea and Greater China (PRC, Hong Kong and Taiwan). He participated in the final negotiations with the Chinese monopoly that resulted in a favorable joint venture agreement for international commercialization of Chinese trademarks and a license agreement for Marlboro in China.

From 2002-05, Mr. Langelier served as president of Philip Morris Eastern Europe, Middle East & Africa (EEMA). In this position he was responsible for the ex-Soviet Union countries, the African continent and the Middle East, a total of 87 countries, 8,500 employees and annual revenue of $6.9 billion. He oversaw plans and negotiations with entities in Russia, Ukraine, South Africa, Iraq, Algeria, Libya, Nigeria, Senegal and other markets.

During the previous ten years Mr. Langelier held managing/general director positions in Paris, Lisbon, Madrid, Brussels and Athens. Before that, he served as manager of Market Intelligence and Product Management in Lausanne, Switzerland from 1985-90 and initially advanced in his PMI career from trainee to market manager between 1980 and 1985.

Mr. Langelier received a Bachelor of Science with Honors in Operational Research from the University of Lancaster, UK, and has continuously enhanced his skills and expertise for 30 years through advanced training in management and development programs with PMI as well as IMD (Lausanne) and the Cranbrook School of Management. He is a fluent French speaker in addition to his native English, with advanced skills in Spanish and to a lesser extent Portuguese. 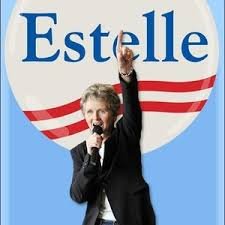 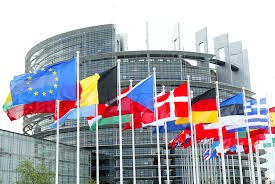 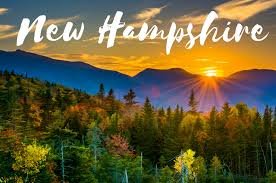 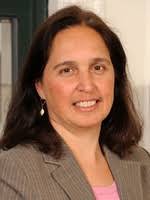