In historic vote, U.S. House passes SAFE Banking Act; but, what will U.S. Senate do? 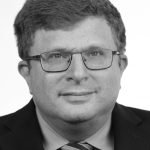 In historic vote, U.S. House passes SAFE Banking Act; but, what will U.S. Senate do?

In a historic moment, the U.S. House of Representatives, yesterday, voted 321 to 103 in favor of H.R.1595, the Secure and Fair Enforcement Banking Act of 2019, also known as the “SAFE Banking Act.”  If ultimately enacted into law, this legislation would provide insurers, as well as banks and other institutions, a “safe harbor” to do business with “cannabis-related legitimate businesses” in the United States.

The SAFE Banking Act is intended to “create protections for depository institutions that provide financial services to cannabis-related legitimate businesses and service providers for such businesses.”  As Politico observed, though, “[t]he cannabis banking bill isn’t just about banks.”  It also affects insurance companies and the insurance market.

Included in the legislation just passed by the House was a March 2019 amendment added to extend safe-harbor protection to insurers providing services to “cannabis-related legitimate businesses.”  By extending protections to insurers that do business with the state-compliant cannabis industry in the United States, the Act, if enacted into law, should encourage more insurers to write coverage for cannabis-related businesses.  In turn, a more robust insurance market should result in more options, increased competition, higher limits, and lower premiums for policyholders.

However, the SAFE Banking Act still has a long way to go before becoming law.  The U.S. Senate still needs to pass the legislation and then the president still must sign it.  While the Senate’s version of the legislation, S.1200, currently has 33 co-sponsors, “some analysts warn that the measure isn’t likely to become law in 2019 as it faces a tough road in the Republican-controlled Senate.” That said, one recent report published in morningstar.com states that the odds of the SAFE Banking Act passing the Senate may be increasing:

The chances of enactment this year for the bill — known as the Secure And Fair Enforcement (SAFE) Banking Act — have risen to 1 in 3, up from 1 in 5, reckons Ian Katz, an analyst at Capital Alpha Partners.  Those still aren’t great odds, however.  “We remain skeptical for now,” Katz said in a note, though he added that the chances could get better “if we see meaningful signals from the Senate in the next few weeks.”

The SAFE Banking Act is not the only pending federal legislation that would provide the insurance industry a “safe harbor” to do business with the U.S. cannabis industry.  The Clarifying Law Around Insurance of Marijuana Act (the CLAIM Act), H.R. 4074 and S. 2201, would allow insurers “engaging in the business of insurance” in a state, local jurisdiction, or Indian nation where “the cultivation, production, manufacture, sale, transportation, display, dispensing, distribution, or purchase of cannabis” is legal to cover cannabis-related businesses without fear of federal criminal penalty or federal interference.  If enacted, the CLAIM Act, which is also still pending in Congress, should, like the SAFE Banking Act, help create a more robust insurance market for the cannabis industry.

Creation of a safe harbor and a more robust insurance market – however it occurs – would be good for both insurers and policyholders.

Reed Smith’s Insurance Recovery Group and Cannabis Law Team will continue to track and report on the SAFE Banking Act, the CLAIM Act, and other important legislation affecting the cannabis and insurance industries. 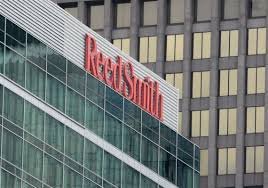