India: Police Report That LSD Popularity On The Rise In Mumbai (Bombay)

This is what the Free Press Journal says

What is shocking, is that the consumption of drugs like LSD and Mephedrone has drastically increased in Mumbai,” said Sameer Wankhede, Zonal Director of Mumbai Unit of NCB.

And Wankhede’s insight into the increase in drug consumption can be ascertained as he has a led one operation after another to crackdown on drug syndicates in the city ever since he was given charge to probe the death of Bollywood actor Sushant Singh Rajput at his Bandra flat on June 14, 2020. Since then, the NCB office has taken a centre stage of sorts with numerous Bollywood celebrities being questioned in connection with drug usage and many arrests following.

“The youngsters and high-profile people are obtaining drugs using darknet and paying through bitcoin. Also, production of marijuana through hydroponics seems to be a new trend as the drug is potent, and peddlers associate a high price for it,” said Wankhede.

Explaining how dark net is used to procure drugs, a Mumbai police officer, requesting anonymity, said, “The first step to procure drugs like LSD, or curated bud, is by getting a software that is readily available on the web. Once you get the software, it allows you to access darknet and then there are various websites which allow you buy or sell drugs anonymously. Anonymous messenger services are used to buy drugs, and payment is done through bitcoin or by using services of middlemen on some websites. The simplicity to access this is what has given it so much leverage for drug users and syndicates.” 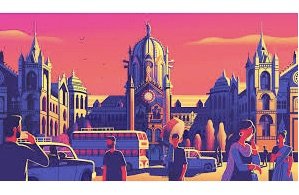