A new Indiana law allows drivers involved in no-fault motor vehicle crashes to have up to a nanogram of THC in their blood without being considered intoxicated by cannabis. Reports Ganjapreneur

A new Indiana law that took effect July 1 allows drivers involved in no-fault motor vehicle crashes to have less than a nanogram of THC in their blood without being considered intoxicated by cannabis, WSBT 22 reports. Under previous state law, any amount of THC in a driver’s blood found following a crash would lead to a felony operating while impaired charge, even if the driver was not at fault.

Republican state Senator Mike Bohacek told WSBT that since cannabis is legal in Indiana border states—namely Illinois and Michigan—there should be protections for residents who may have consumed cannabis a week ago and get into a no-fault crash but still have THC in their blood despite not being under the influence. 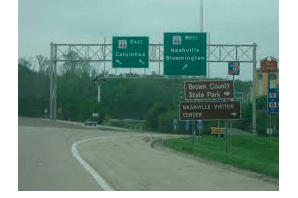