Inside the race to be NZ’s first approved medicinal cannabis manufacturer…”It looks a bit chaotic now, but it will all come together.”

We suppose this is what some will become a milestone we’d show it is a perfect illustration of how NZ shot itself in the foot and will take a generation to catch up.

A handful of companies are trying to create a consistent, locally grown medicinal cannabis product by October. A few are close. Kelly Dennett reports.

On Tuesday afternoon Brendon Ogilvy stood in the middle of a squeaky clean manufacturing room laden with drums, steel tables, and glowing machinery, and said, “In a couple months’ time this will all be operational. It looks a bit chaotic now, but it will all come together.”

The Bay of Plenty settlement of Katikati looks out over the sparsely populated but close-knit community of Matakana Island. Orchardists have long been set up in small-town Kati – as the locals call it – but alongside them for the past few years were entrepreneurs who had begun work on growing something else: medical cannabis.

A year before the enaction of the Medicinal Cannabis Scheme, Eqalis had already formed, spearheaded by entrepreneurs in Ogilvy and Greg Misson, with the expertise of former NZ Pharmaceutical Society president Elizabeth Plant. The trio had been burned from the failure of a previous investment with self-styled ‘wolf of weed street’ Ross Smith.

Read the full article at  https://www.stuff.co.nz/business/300364488/inside-the-race-to-be-nzs-first-approved-medicinal-cannabis-manufacturer 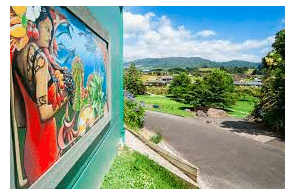