CLR recently spoke with Andrew about some of the challenges of working in cannabis in one of the less talked about jurisdictions in the US, Vermont.

Whilst you might regularly hear about Colorado, California, Oregon Florida, Illinois & Washington  many might not realize that Vermont had been to an extent progressive on the issue of regulated cannabis for nigh on 20 years now.

As of May 2004 cannabis was declared legal for medical usage and for recreational usage as of July 1, 2018 although 2022 looks to be kick off date for adult use licensing leaving it playing catch-up with other east coast states, but more from Andrew on that later

Here’s some opening background on Vermont.

In 2014, Governor Shumlin stated his support for a tax-and-regulate system for cannabis.[6] A Rand Corporation study commissioned by the state in May 2014 and released in January 2015 stated that Vermont could gain $20 million and $75 million a year in tax revenue, but noted too that these sums would be vulnerable to either federal interference, or market competition if a neighboring state were also to legalize; in the latter case, Rand stated, “It is not clear that Vermont has any long-run comparative advantage in hosting the industry.”

In May 2017, the Vermont House approved a bill to allow personal possession, use, and cultivation of cannabis but not commercial sales by a 74–68 vote, while the Vermont Senate in April approved a broader bill allowing cannabis commercial sale by a 21-9 vote. On May 10, 2017, a joint bill formerly concerning fentanyl was amended to legalize cannabis, and approved by the entire state legislature, for the first time in U.S. history.[10] The bill, titled S.22 “An act relating to increased penalties for possession, sale, and dispensation of fentanyl”, was amended to allow possession of an ounce of cannabis under title 18 of the Vermont Statutes Annotated.[11][12] On May 24, Governor Phil Scott vetoed the bill, and reconsideration was blocked in June by the minority party during a one-day “veto session” of the legislature.[5][13]

The state house voted on January 4, 2018 to pass H.511, an amended version of the 2017 bill.[14][15][16] The bill legalized adult personal possession of one ounce of cannabis and allows individuals to cultivate two plants.[17] The senate passed the bill by voice vote on January 10, 2018, and Governor Phil Scott allowed it to pass on January 22, by neither signing nor vetoing, becoming “An act relating to eliminating penalties for possession of limited amounts of marijuana by adults 21 years of age or older”; its provisions have taken effect as of July 1, 2018.[5][18][19]

The 2018 act has no sales or revenue provisions. Some legislators said they would move towards a future tax-and-regulate plan which is being studied by the governor’s Marijuana Advisory Commission with a report due in 2019.[17] The legislature failed to create a tax-and-regulate system in the 2018 session.[20][21] Regulated sales entered into law in October 2020 when S.54 went into effect.

Having come across Andrew’s practice via his joining the Hoban network last year we thought he’d be a perfect person to give us a little bit of background to what has been happening in Vermont.

We asked, initially. Could you first give us a bit of background about the practice?

My law partner, Tim Fair and I started Vermont Cannabis Solutions in 2018. This coincided with the passage 2018 farm bill, which really jump-started the hemp and CBD industries in Vermont. 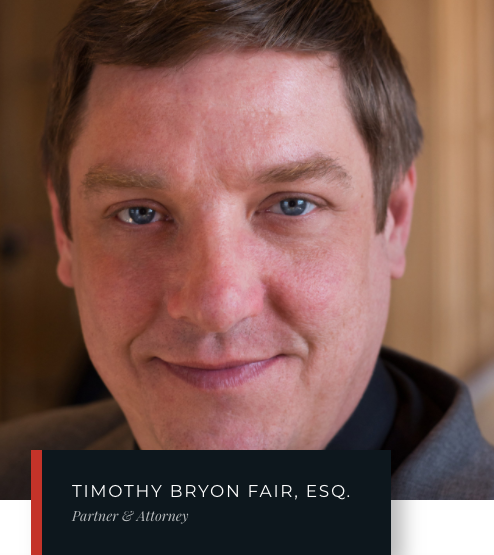 We represent many new companies that are really taking off, cultivating hemp and making CBD products.

Now, as Vermont looks forward to adult-use cannabis licensing in 2022, we are again working with start up companies that will be trying to obtain and operate adult use licenses.

What sort of legal services are you providing ?

Are your clients mainly Vermont based or national ?

Our clients are based in Vermont, although many of the hemp and CBD companies have customers outside the state.

As we prepare for adult use licensing in the state, we are seeing more interest in Vermont from out of state investors, but the Vermont industry is still mostly all home-grown.

Where do you see Vermont is  with regard to cannabis regulation compared to other eastern states ?

Vermont has fallen behind in the race towards legal cannabis in the wild, wild East.

Massachusetts has quickly developed a robust industry.  Maine is also moving quickly at this point.  The most recent news is New Jersey, which looks to be moving very quickly, could start sales before the end of 2021.  We see movement towards  legalization all down the east coast, in Rhode Island Connecticut, Pennsylvania, Maryland, Virginia, and Florida.

In Vermont, our Republican governor is dragging his feet and has yet to make his appointments to the cannabis control board.  If we begin sales in 2022 as expected, we will still be behind Mass, Maine, and New Jersey, but we might have legal cannabis sales before New York. New York is the elephant in the room. 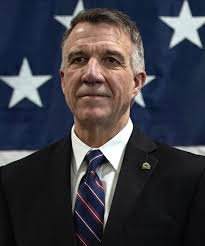 When New York goes legal, the East coast will really be legal.

We know that Massachusetts & Maine now have fairly established cannabis environments, how do you think Vermont compares ?

We like to say “Smoke Vermont Cannabis” because it’s the best!  But more seriously, we think the Vermont market will be very robust regardless of what happens in Maine and Massachusetts (or even New York).

Vermont is a tourist state with a large tourist industry and a focus on small batch, hand crafted, high quality goods. 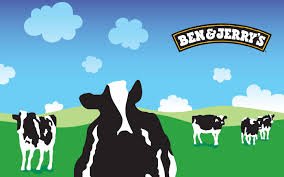 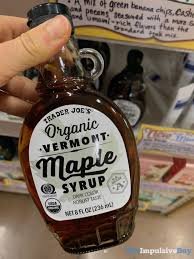 The tourists that come here won’t bring their cannabis from home – they will want to experience the beautiful Vermont grown flower that you can only get in Vermont.  As we like to say, “Grown in Vermont” is more appealing than “Mass Produced.”  As we rebound from the pandemic lock down, we expect Vermont’s 14 million annual tourists to return, all of them hungry for Vermont cannabis products for their ski trips and leaf peeping.

It looks like 2021 is the year that NJ followed by NY will finally come to the table . How do you think these two states will affect your work and the regulated environment in
Vermont ?

As I’ve mentioned , New York is key.  New York is the financial capital of the country and would instantly become one of the largest legal cannabis markets in the world.  Its hard to imagine a New York City cannabis industry that was not supported with banking and other financial services.  New York may get the banks, and the federal government, to accomplish meaningful federal banking reform so the big national (multinational) banks will be willing to get into the cannabis industry in a more meaningful way.

In terms of Vermont, for the reasons mentioned above, Vermont’s niche in the industry is solid, even in the face of legalization in New York, and even in the eventual national cannabis industry when we will have to compete not only with New York and New Jersey, but also with Colorado and California.

Since we spoke ealier in the year  the political landscape has changed, some might say fundamentally what are your thoughts on Federal legislation now that the Democrats have the Whitehouse and both Chambers? 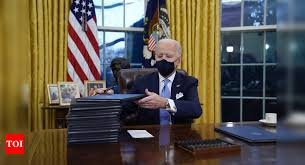 We are certainly more hopeful than we have been in a long time about meaningful cannabis reform at the federal level.

In terms of hemp and CBD, we are also excited by new agency heads at the USDA and the FDA. 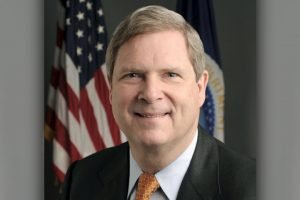 Tom Vilsack, former secretary of agriculture for the USDA and current president and CEO of the US Dairy Export Council. Photo courtesy of thr US Department of Agriculture.

These changes in direction at the federal agency level could cause reconsideration of proposed rules which will hamper the development of this rapidly growing national industry. 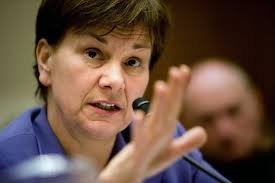 Janet Woodcock, M.D. was named Acting Commissioner of Food and Drugs on January 20, 2021

In terms of adult-use cannabis, a new attorney general should be helpful in terms of the federal government keeping their hands off state-legal cannabis operation.  Of course, Democratic control could also be an opportunity to move cannabis reform forward at the federal level, whether that be banking reform, de-scheduling, or the MORE act, which would give the states the right, under federal law, to allow states to decide their own cannabis policy.

Do you think they’ll be able to wrap up an omnibus cannabis bill as Schumer hopes?

Cannabis reform has never been a priority for Biden or Harris.

Hopefully the Biden administration is a new era in terms of not only cannabis, but functional government.

IF the government can start working again, maybe we can get cannabis accomplished before the next swing back of the political pendulum.

From a distance here in Australia it looks like the first age of the cannabis giants are waning with a range of factors in play.

Over the next 12-24 months apart from further state and maybe Federal regulation what do you think will be the main strides forward in the  North American cannabis sector, do you see specific trends ?

The most interesting  trends for a national and international cannabis business

Over the next two years, I think we will continue to see the growth of the CBD industry, as more and more main stream products will include CBD as an ingredient.  I think other minor cannabinoids (CBG CBN, etc.) will also grow in popularity.

Other, industrial uses of hemp are also ready to explode: hemp concrete, hemp textiles, hemp plastics, etc.  So in terms of growth over the next 2 years, hemp might have more opportunity for growth than adult-use cannabis.

As far as adult use, while we will continue to see the wave of state legalization sweep (most) of the rest of country, federal cannabis reform is unlikely to be accomplished within the next 12-24 months.  As far as industry trends, we note the continued growth in popularity of edibles, as they take a larger and larger share of the adult use market.

For our clients in Vermont, this means focusing on ramping up edible production to meet the demands of a Vermont-based industry.

Are you pivoting your practice towards any newer trends in the sector?

Meanwhile, we keep telling people that we are going to need a lot of cannabis edibles in Vermont, more than we can make right now.

Investment in candy production in Vermont would be great right now. 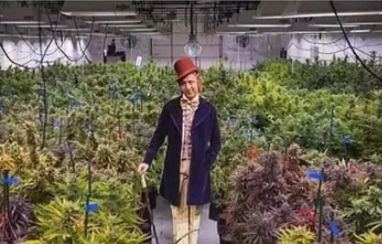 We also note that litigation is becoming ever more prevalent.. do you see that in Vermont?

We have seen more litigation about hemp, especially deals gone bad between hemp farmers and land-owners.  We expect that the roll-out of licenses next year will generate some litigation from people whose license applications are denied.

One last pitch for the Vermont industry: we are excited here about the idea of destination cannabis tourism.

In other words, cannabis is the destination.

This would take the form of a bed and breakfast or small inn that offered tours of cannabis fields, demonstration of small scale extraction, fully infused meals, and of course, flower to smoke.

This is a very Vermont type of idea which could lend itself to cannabis themed weddings or other events.

Keep your eye on Vermont for the future of the cannabis vacation!

We thank Andrew for his time for answering our questions and our takeaways from what he’s said suggest that Vermont is thinking about cannabis in the same way that various regions of Northern California are thinking, which is no bad thing in itself.

But, also, rather than limiting the state to “terroir” as many in NORCAL want, industrial hemp is curently very unpopular in that part of the world, Vermont sees that there is a place for both schools of thought and once we get past the discussion of using cannabis for medicine or personal pleasure  many will see the real genius of the genus is its myriad of other uses. Vermont will be smart indeed if it can balance out regulation to encourage all its uses. 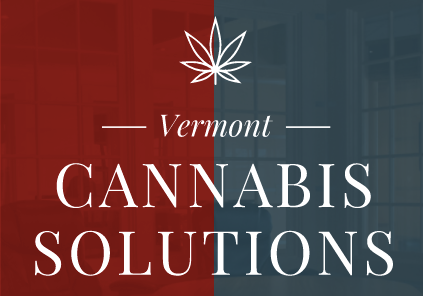 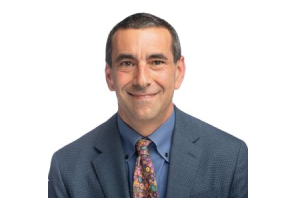