Seyfarth Synopsis: On June 25, 2021, concluding that Iowa’s comprehensive drug testing statute requires employers to “substantially” comply with its mandates, the Iowa Supreme Court issued two separate decisions finding that employers violated the statute after terminating employees in response to failed drug tests. The decisions serve as important reminders to employers to ensure their drug testing policies and practices can withstand scrutiny in any jurisdiction.

Iowa’s drug and alcohol testing statute is considered one of the more onerous and difficult to navigate in the nation (along with Maine and Minnesota). It includes numerous requirements that employers must follow to lawfully conduct pre-employment and employment drug and alcohol tests, including (but not limited to):

Two recent Iowa Supreme Court decisions demonstrate both the complexity and importance of complying with the statute.

In Woods v. Charles Gabus Ford, Inc. (June 25, 2021), the employer terminated an employee after his random test result revealed the presence of methamphetamines. The employer sent the employee a letter that informed him of the drug test result and advised that he had the right to a confirmatory test provided that he paid for it. The letter explained that if the sample tested negative, the employer would reimburse him the cost of the confirmatory test. However, the letter did not, among other things, include the cost for the test.

In claiming that the employer failed to comply with the drug statute by, among other things, not specifying the cost of the confirmatory test, the plaintiff pointed to the Iowa Code, which states:

According to the court, substantial compliance with this portion of the statute means providing the employee with enough information to determine whether to request a confirmatory test. The “cost of a retest, even if one expects to be reimbursed upon being exonerated by a retest, is vital information for making an informed decision.” This was an especially important consideration for the employee given his assertion that “he was the sole provider for his children,” and without this information, he could not decide which option to choose. Having failed to include this vitally important piece of information in the notice, the court agreed with the plaintiff and remanded the decision to the lower court to calculate damages.

In Dix, et al. v. Casey’s General Stores, Inc. (June 25, 2021), the court considered, among other issues, what it means for a position to be considered “safety-sensitive” and, thus, subject to a random drug test. The Iowa Code allows an employer to conduct an “unannounced, suspicionless drug testing of employees selected from a predefined pool…” One possible pool could be “[a]ll employees at a particular work site who are in a pool of employees in a safety-sensitive position,” which is defined to mean “a job wherein an accident could cause loss of human life, serious bodily injury, or significant property or environmental damage, including a job with duties that include immediate supervision of a person in a job that meets the requirement of this paragraph.”

In the case, the employer admittedly treated the plaintiffs as being in safety-sensitive positions simply because they worked in a warehouse setting, regardless of their specific job duties. Two employees terminated for failed drug tests brought suit claiming they were not properly classified as working in “safety-sensitive” roles and, thus, should not have been tested in the first instance. The court agreed.

Borrowing from the definition of “safety-sensitive” in the context of drug testing by public agencies as well as Department of Transportation regulations, the court noted that the term “safety-sensitive” identifies employees who, “if performing their job functions while under the influence of drugs or alcohol, could pose such a risk of harm to people or damage to property that subjecting them to suspicionless drug testing is justified.” This being the case, it is not enough that an employee works in a particular environment. Instead, in determining whether a job falls under the “safety-sensitive” umbrella, the court reasoned that “employers must base their designations on the functions of the job an intoxicated person could be performing that would lead to the type of serious accident identified, not just the environment in which the job is performed.” Because neither plaintiff worked in a safety-sensitive position at the time of the test, they were awarded economic damages, which the Court upheld.

States are enacting recreational and medical marijuana laws at an increasing pace. Moreover, marijuana use is on the rise across the country. These two considerations have caused employers to place greater emphasis on their drug testing policies, especially for safety-sensitive roles. The Iowa Supreme Court’s decisions confirm that some jurisdictions have very detailed and specific requirements that employers must follow to lawfully test their applicants and employees for drugs. Employers in all jurisdictions, especially in those with drug testing laws on the books, would be well-advised to consider a fresh look at their drug and alcohol testing policies to ensure not only compliance with the applicable statutes but also that their policies fit the company’s overall views and goals about applicant and employee marijuana use. 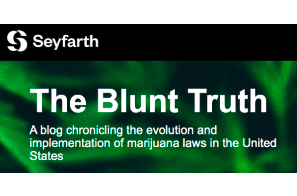