The owner of a Cork business selling cannabis derivatives has been told he will be arrested on Tuesday following a raid on one of his stores earlier this year.

Jim Weathers, the owner of Puff N Stuff in Youghal Co Cork, sells Cannabidiol (CBD). Unlike other derivatives of the cannabis plant, CBD is not psychoactive and is mostly legal throughout Europe.

It is widely sold in Ireland, including by pharmacies and health food chains such as Holland and Barrett.

Earlier this year gardaí from the Cork Drugs Unit raided Mr Weathers shop and seized about 2kg of product, worth just over €2,000.

Several other CBD business were also raided around the same time including in Galway and Clonmel, as part of an apparent crackdown on the selling on the substance.

There is widespread confusion among sellers and consumers about the legality of CBD.

Much of the confusion stems from the various laws and regulations concerning such products in Ireland. Under EU regulations plants containing CBD may be grown as long at their THC content (the psychoactive component) is less than 0.2 per cent. 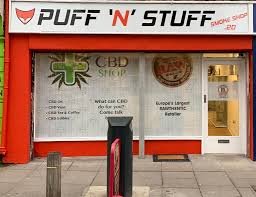