Ireland: Dr Fiona Donson Co-Director of the Centre for Criminal Justice and Human Rights Says Human trafficking plays an integral part in the domestic production of cannabis in Ireland

Human trafficking plays an integral part in the domestic production of cannabis in Ireland, a human rights expert has revealed as a new exhibition highlights the issue at an arts festival in Cork.

Dr Fiona Donson, senior lecturer in the School of Law at UCC and Co-Director of the Centre for Criminal Justice and Human Rights, said the exploitation of trafficked people is central to the production of cannabis in Ireland.

“People trafficking can seem a distant problem. Yet far from being something that happens to people in distant lands, the exploitation of people through modern day slavery and bonded labour arises here in Ireland.

“It is an integral part of our economy: in the context of the products or services we want to buy at a bargain price and in the criminal domestic production of cannabis,” she said.

“The report stated that “the government did not demonstrate overall increasing efforts compared to [2019]” and was the second time in three years we had been downgraded,” said Dr Donson.

“Criticisms included the fact our government continued to have “systematic deficiencies in victim identification, referral, and assistance” as well as a “lack [of] specialised accommodation and adequate services for victims.

Dr Donson said the establishment of a specialised Garda Unit, the Human Trafficking Investigation and Co-ordination Unit was very welcome, noting that gardaí had earlier this month secured a successful conviction for trafficking.

“While the recent convictions are very welcome, the fact remains that despite the official identification of 471 trafficking victims since 2013 only two people have been held criminally responsible for trafficking,” said Dr Donson. 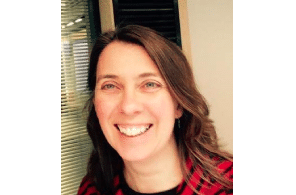