Sinn Féin spokesperson on agriculture Matt Carthy has said that the hemp sector, if developed, could deliver a viable extra income source for farmers while also providing an environmental benefit.

However, the government appears “to be placing obstacles in the way of the development of this sector”, rather than “delivering a roadmap for this industry based on the reduction of red tape and through training for interested farmers”.

Deputy Carthy recently met with representatives of the Hemp Federation of Ireland, alongside his colleague Councillor Pat Treanor, at the farm of Kama Hemp at Clones, Co. Monaghan.

‘Placing obstacles’ in the way of hemp sector development

At a time when many farming sectors “have faced years of unsustainably low incomes”, options to assist farmers to remain on their farms must be explored, according to deputy Carthy.

“Hemp cultivation can help farmers supplement their income and comes at a much lower environmental cost than the intensification of their current practices,” the deputy said.

“But, rather than support the sector, the Irish government seems intent on placing obstacles in the way of its development.

“Instead, there is substantial evidence that if government reduces the red tape associated with the sector and provides training for interested farmers, this can be a significant area of growth that can be both profitable and environmentally beneficial.”

The uses for hemp can include building material for houses, paper, clothes, heating oil and as a plastic alternative, deputy Carthy noted.

“There is also an increasing demand for CBD health products, extracted by various approved methods from hemp, both in Ireland and internationally,” he continued.

“None of these areas have been explored sufficiently. There is a need for a cross-departmental analysis as to how this sector can be developed in a safe and sustainable manner.

“But, it requires vision, ambition and imagination from government that has been sorely lacking.”

“If we are to maintain our network of family farms across Ireland then we need to be imaginative and supportive of all options,” the deputy concluded. 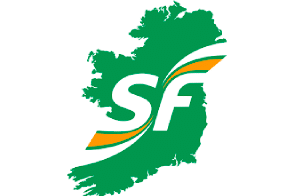