Hundreds of supporters are expected to participate in protests in Dublin later this week, calling for reforms in current cannabis law.

A major event will take place on Saturday, July 10th in Phoenix Park, Dublin, urging the Government of Ireland to abolish the current cannabis law.

This is the second event organized by the Cannabis Reform Major Group (MGCR), following the success of the previous “Major Smoke Up” held on the same day last year, and was attended by about 400 people.

MGCR is a group of cannabis activists working together to advance conversations about Irish cannabis, both medical and adult.

The protests run from 2 pm to 8 pm and the organizers expect a “huge reaction.”

MGCR spokesman David Smullen said the law on cannabis use in Ireland needs to be “loose”.

“The law regarding the use of cannabis needs to be changed. [currently] It doesn’t make sense, “he commented.

“Overall, we want to raise awareness about cannabis and reduce the social stigma surrounding cannabis.

“We want to break down the barriers people are looking down on, hoping that cannabis will be legalized and available on prescription.

“Our main goal is to give people more access to cannabis. We need to relax our law.” 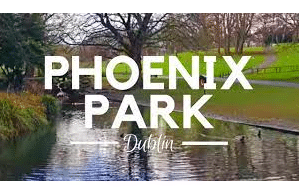