Reported 31 December in the Irish Sun…

Ryan statement comes as People Before Profit plan to put forward a motion in the Dail next year to legalise the drug in Ireland.

Earlier this month, PBP TD Gino Kenny said his party will bring forward legislation to try end the prohibition of cannabis in Ireland.

Green Party leader Eamon Ryan has previously called for the introduction of Dutch style smoking cafes in Ireland which would make cannabis legal under certain conditions.

However, the Transport Minister has indicated that the Greens won’t back the People Before Profit motion next year as he feels Ireland is not ready to legalise cannabis.

Asked about PBP’s plan, Minister Ryan said: “We need to go towards treating this issue as a health issue rather than a criminal issue.

“We’ve always said that the approach that the Portuguese and other governments have taken in addressing it in health management is more effective.

“And from a perspective particularly in those younger age groups where you are worried about the use of cannabis and particularly higher potency cannabis products now can have on mental health so treating it as a health issue is the way.

“Looking forward to the next six months, it’s not from my end the central project that I’m involved in.

“In terms of programme for Government, I would have to go back and read the PfG to see what the final conclusion was on that.

“But I expect in both the traditional and medical side in the next six to nine months everyone is absolutely full hands on deck on the immediate issue to get people vaccinated to get the Covid crisis. 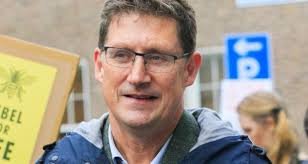