The code is on a piece of paper that was hidden inside a fishing rod that has gone missing !

Ireland’s Criminal Assets Bureau (CAB) reports it has seized more than €1.2 million (about $1.9 million) in Bitcoin, cash and assets from a long-time cannabis dealer who is currently serving a five-year jail stint for drug dealing after more than €400,000 ($624,000) of weed plants were found in his rental property in 2017.

Amounting to 89 Bitcoin, Clifton Collins is believed to have more than 80 times that amount still locked away and inaccessible.

Police discovered the $624,000 worth of cannabis in his rental property after Collins was stopped in his car and a subsequent search revealed about €2,000 ($3,120) of weed inside, according toSunday World. 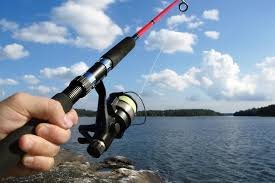