As public attention in Israel is almost totally focused on battling the Covid-19 pandemic, an economy on renewed lockdown, and an unstable government, Israeli legislators and regulators continue to make strides towards legislation that will legalize, or at least decriminalize, recreational use of cannabis.

Israel Is a Global Leader In Medical Cannabis Research and Innovation

During the campaign leading up to the March 2020 general elections – the third in less than a year – recreational use became, somewhat surprisingly, a plank in the platforms of several parliamentary parties.  While Israel has been a global leader in medical cannabis research and innovation, and currently has over 70,000 licensed users for approved indications, recreational use has stirred firm resistance, particularly among the ultra-orthodox parliamentary factions and the Israel Police.  But shortly after the new coalition government was sworn in, a pair of bills were introduced by members of the two key coalition partners (Likud, the party of PM Benjamin Netanyahu, and Blue & White, headed by Deputy PM Benny Gantz) – one that decriminalizes recreational use, and the other that establishes arrangements for a regulated recreational cannabis market similar to those in Canada, Colorado, California, and Massachusetts.

Under the decriminalization bill, possession or sale of up to 15 grams of cannabis for personal use by persons over 21 years old, apart from those who are incarcerated or working in the security services, would not be considered a crime. Possession of between 15 and 50 grams for personal use, or up to 15 cannabis seeds, would be an administrative (i.e., not criminal) offense subject to a mandatory fine.  Under current law, possession for recreational use in any quantity is still considered a crime subject to up to three years’ imprisonment, but first and second-time offenders are generally issued a fine.  The second bill would enable the legal sale and personal use of up to 15 grams of cannabis through licensed shops, but not home growing.  Driving under the influence of THC would be specifically prohibited, while CBD would be redefined as a food supplement.

The twin bills passed their first legislative hurdle in June 2020, when they were approved by the Ministerial Committee on Legislation, and passed a preliminary reading in the Knesset (Parliament) plenary.  Since then, an interministerial committee of experts and lawyers has been preparing recommendations for a single bill, combining the two currently tabled bills, to be sponsored by the Government as a whole.  Those recommendations are expected to be submitted later this month or November 2020.  Once the Government bill is prepared, it will need to pass a first reading in the Knesset plenary, followed by open review in parliamentary committees, then a second and third Knesset reading, after which it becomes law.

Last week (September 22), the parliamentary “Committee for the Struggle Against the Plagues of Drugs and Alcohol” held a public hearing featuring an extended Q&A with George Brauchler, the District Attorney for Colorado’s 16th Judicial District, to get his insights regarding Colorado’s eight years’ experience with a legalized recreational regime.

Brauchler told the Committee that he views legalization as “definitely” the right move for Colorado, despite several mistakes and problems in the program’s rollout.  Colorado’s biggest mistake, in his view, was to allow home growing without a license.  “We began with approving medical cannabis,” Brauchler said, “but we allowed home growing, for which you only needed a doctor’s permission.  After a while, we discovered that the same four doctors were issuing patient home growing prescriptions. No restrictions, you could grow 99 plants, and the market was flooded.  There were houses that looked like Jurassic Park inside, and the Police were unable to enter and make arrests.”

Brauchler explained Colorado’s unique situation as the first U.S. state to fully legalize recreational use, which attracted illegal growers who sold their product in other states and with it an unexpected spike in violent crime.  Legalization also correlated with an increase in homeless populations, use by members of the military, and an apparent rise in traffic accidents that may be related to cannabis use.  When asked what he would have done differently, Brauchler noted, in addition to closer regulation of home growing, the need to define clearly how the state’s revenues from cannabis would be spent, and to gather full, meaningful data on cannabis use and related issues as early as possible.  He also supported setting limits on THC levels, restricting use in the military, and setting effective limits on the quantity that a person could buy per day.

The main uncertainty hovering over Israel’s legalization efforts is whether the current government will remain in office long enough to enable passage of the law.  It is widely thought that the government may be disbanded and new elections held as early as March 2021, in which case the cannabis bills will be canceled unless they have passed their parliamentary first reading by that time.  As a result, one of the bill’s authors, MK Sharren Heskel (Likud), has demanded that the decriminalization provisions be enacted without delay, while the full legalization regime would be legislated at its own pace. 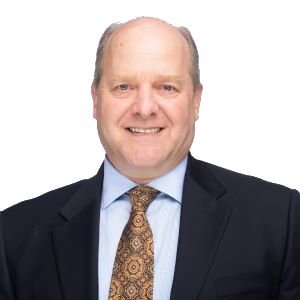