By the end of September, the government expects Israelis will be able to carry 50 grams of cannabis, or 15 seeds, for recreational use, and reclassify CBD as a food additive.

Just over a year after the last government passed two now-defunct draft bills to legalize and decriminalize recreational cannabis, the Ministerial Committee on Legislation voted on Sunday to advance a bill that would decriminalize the possession of up to 50 grams of cannabis or 15 cannabis seeds for individual recreational use.

The law would also change the current fines system for cannabis use in public. While users now face first time offense fines of NIS 1,000 and second time offense fines of NIS 2,000 before criminal charges are issued, the new law would lower the fines to NIS 500 and eliminate the option to criminalize the user.
If someone is found to possess over 50 grams of cannabis in public, but they can prove that it is for their own personal use, they will receive a fine of NIS 2,000.
While this legislation would still prevent recreational cannabis shops from opening up near your house, the new government sees decriminalization as a necessary first step while they prepare the much more complex legislation needed to create a framework for a legal, recreational cannabis market.
The law would also allow people to appeal to Israel’s Attorney-General to retroactively void any criminal records they may have as a result of recreational cannabis use, and reclassify CBD as a food additive.
The bill will now go to the Knesset with the support of the coalition, which agreed in the coalition agreement to pass the bill fully into law no longer than three months after the formation of the government.
“The goal of the bill is to stop the police from pursuing cannabis users who do not harm anyone,” said its sponsor, New Hope faction chairwoman Sharren Haskel. “This will prevent individual users of cannabis from being prosecuted and stop the issuing of millions of shekels’ worth of fines.”
Read more at  https://www.jpost.com/israel-news/politics-and-diplomacy/ministers-advance-legalizing-cannabis-673487
Share On Linkedin
Share Via Email 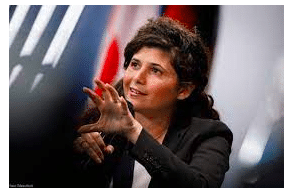