It Has Started: NY lawmakers legalize recreational cannabis, margin of 43 to 20 in the Senate and 100 to 49 in the Assembly

Waith for the Tsunami of articles and press releases !

The Democrat and Chronicle are the first cab off the rank…

The legislation passed by a margin of 43 to 20 in the Senate and 100 to 49 in the Assembly, with Democrats controlling both chambers.

Gov. Andrew Cuomo is expected to sign the measure that creates a regulatory system to oversee the cannabis industry, spanning from massive grow operations to corner cafes allowing outdoor marijuana smoking and vaping.

The state anticipates legal marijuana sales for those age 21 and older will begin a year from now, as it embarks on the complex task of issuing cannabis business licenses while preparing to enforce a lengthy list of new marijuana statutes. 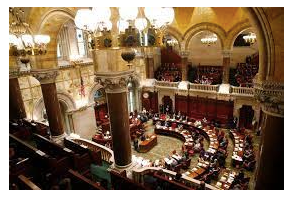