He grew medical cannabis, acquitted because the fact does not exist. The sentence in Italy rekindles the debate on the passing of an ad hoc law. The Court of Arezzo acquitted Walter De Benedetto – a patient disabled by rheumatoid arthritis and a protagonist – of the accusation of drug cultivation because “the fact does not exist”. The sentence was issued by judge Fabio Lombardo at the end of the council chamber. The public Laura Taddei had asked for the acquittal of the accused who grew cannabis in a mini greenhouse set up at home to relieve his illness.

Judge Lombardo considered the production of cannabis found by the carabinieri in the home of Ripa di Olmo, near Arezzo, as necessary only for the personal therapeutic use of the 49-year-old suffering from rheumatoid arthritis. De Benedetto was not present in the courtroom on the advice of his doctor after a visit to which he had undergone in the previous hours.

The defenders of De Benedetto, the lawyers Claudio Miglio and Lorenzo Simonetti made available by the Luca Coscioni Association, had also produced documentation showing that the quantity of cultivated plants was dimensioned for the use of De Benedetto alone.

“The acquittal of Walter De Benedetto is a cry addressed to the Parliament that can no longer exempt itself from changing a wrong law that produces unbearable costs in terms of suffering, useless police operations and trials”, Riccardo Magi, deputy of More Europa Radicali and first signatory of the law for self-cultivation who was present in Arezzo today to support De Benedetto.

“Today’s sentence – he adds – gives hope to those who fight for the right of too many patients to receive cannabis-based treatment that is now denied by the Italian state. But it also gives hope to those who, like us, believe together with Walter a reform of the single text on drugs cannot be postponed starting from the complete decriminalization of domestic cultivation for personal use towards a true legalization of cannabis. May the political forces and parliamentary groups respond to this cry “. 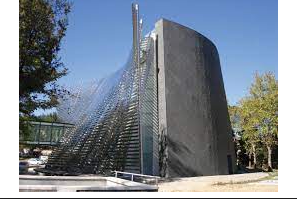