It wasn’t going to end well as La Stampa reports…

Reported to social services after incident at Alassio

(ANSA) – GENOA, JAN 27 – A 10-year-old boy in Alessio near Savona has been reported to social services after hashish was found in his school bag.
The case has also been reported to the local prefecture and minors’ court.

The boy took the drugs out of his backpack and showed it to his classmates in the last year of elementary school, trying to impress them, school sources said.

One of the pupils reported the incident to the teacher who called the police.

Officers seized the hashish, which was wrapped up in books and jotters, while the boy broke out crying.
A probe has been opened to establish where the drugs came from, the local edition of Turin-based La Stampa daily reported. 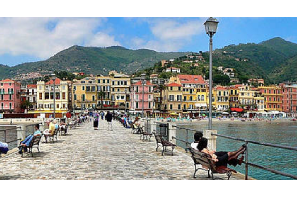