Hemp stakeholders in Italy are pushing back against a law enforcement directive in Sardinia they say clashes with both Italian and EU laws, and jeopardizes any possibility of developing hemp growing on the island.

Federcanapa, the Italian hemp association, blasted the directive from the public prosecutor’s office in the island’s capital city of Cagliari for suggesting “the possibility of preventive seizures” of hemp crops based on “suspicion” alone that those crops may be marijuana.

The directive also incorrectly argues that the transfer or sale of products containing hemp “leaves, inflorescences, oil and resins” is illegal because those compounds are not specifically designated as legal in Italy’s law on industrial hemp, according to Federcanapa.

Federcanapa’s observations came in a detailed rebuttal to the prosecutor’s directive made public last week.

First, law enforcement should base decisions regarding product seizures on hemp growers’ certification documentation, “carried out in compliance with the elementary principles of legality typical of the rule of law,” Federcanapa said, and not based on police suspicions.

The association also said the prosecutor’s directive ignores past legal developments in Italy that clearly allow the production of food, cosmetics, semi-finished products and even “crops for horticulture,” without specifying which parts of the plant may be used.

Hemp’s status was clarified in a 2018 agriculture ministry advisory which held that hemp flowers “fall within the field of crops intended for horticulture,” Federcanapa noted. Extracts in the food sector, leaves for cosmetics and cut flowers are legal under that interpretation, the association said.

Not a drug. Period

Moreover, the Cagliari prosecutor is also in direct conflict with a recent ruling of the European Court of Justice that CBD should not be considered a drug under the meaning of the 1961 UN Single Convention on narcotics, and that it may be freely traded across the European Union provided it is manufactured legally in the country of origin, Federcanapa said.

That ruling led to the European Commission’s clearance of CBD from drug status, its designation as a food, and EU free-trade guarantees late last year. EU member states are in the process of adjusting national laws and regulations to align themselves following those 2020 legal decisions. 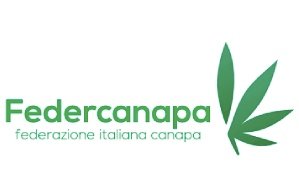