Iterable co-founder claims he was ousted because of racial discrimination, not LSD use

The co-founder and former CEO of marketing tech startup Iterable is suing the company and some of its backers, claiming that losing his job was less about micro-dosing LSD at work and more about racial discrimination.

But in April 2021, it was announced that he had been shown the door after admitting taking very small quantities of LSD before an investor meeting in 2019. Boni told staff that this “undermined the board’s confidence in Justin’s ability to lead the company going forward.”

In a complaint [PDF] filed with the Superior Court of California, County of San Francisco, Zhu has now called the company’s stated reason for his ouster “pretextual and a subterfuge.”

The court documents mention Boni’s concerns about Zhu’s LSD use, saying that he informed the board, which then confronted the CEO, leading to his termination.

Zhu argues he “faced substantial stresses, and experienced mental health strains including depression and anxiety” during Iterable’s Series C funding round in 2019 and after hearing of its therapeutic properties in tiny doses, he tried it “because he wanted to make sure that the company would be successful, and he needed to do what it took to make that happen.”

The complaint says his “body was more sensitive to the dose than he expected, and it impacted his vision during a meeting with a minor potential investor” but that the experience ultimately “brought a positive change to his work life.” 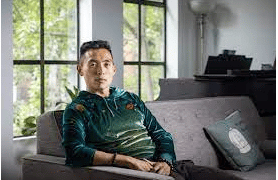