It’s All Going Pearshaped At Ignite

It couldn’t happen to a classier guy !

Linda Menzel, the company’s general counsel who is listed as the press contact on Ignite releases, did not return an email seeking comment.

At least with Schaefer, who boasts of stops at grocery chain Wegman’s and pharmaceutical giant Bayer’s agricultural wing in addition to a year at MedMen—itself a bit of an ongoing dumpster fire—there’s some continuity. According to his LinkedIn, Schaefer’s been with Ignite for more than a year, joining the company as chief operating officer in August 2019 following his stint with MedMen, which he departed before the company imploded.

Schaefer took over from Lester Lee, whose term as president lasted just shy of three months. Lee, whose previous ventures include selling something called “energy gum,” remains on the company’s board of directors. And Lee was installed as president in early June, when he replaced Curtis Heffernan.

Heffernan exited on June 8 to “pursue other opportunities,” Ignite initially claimed in a press release. That’s true in a sense, but Heffernan is currently pursuing a lawsuit against Ignite for, among other things, firing him as retaliation for pushing back against what he characterized as Dan Bilzerian’s wanton and wild spending on the company credit card.

Heffernan wasn’t on the job very long himself—he took over from Jim McCormick in November 2019—but he has the distinction of being Ignite’s second-longest tenured president.

Whew! Four presidents in less than a year—what’s next for Ignite, other than searching for the next future ex-president? It’s an excellent question.

If the company is serious about selling branded products—of which it has many, including vodka and water as well as THC and CBD products—it probably wants to start by putting products in front of consumers.

Unless Dan Bilzerian plans on selling $50 million worth of copies of his promised forthcoming book, losing a distribution company is something Ignite may want to rectify sooner rather than later. 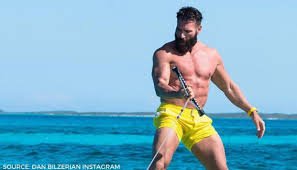