Federal investigators are looking into a Bahamas trip Matt Gaetz allegedly took in late 2018 or early 2019 as part of an inquiry into whether the Florida representative violated sex trafficking laws, multiple sources told CBS News.

Gaetz was on that trip with a marijuana entrepreneur and hand surgeon named Jason Pirozzolo, who allegedly paid for the travel expenses, accommodations, and female escorts, the sources said.

Investigators are trying to determine if the escorts were illegally trafficked across state or international lines for the purpose of sex with the congressman.

“Traveling across state lines is what creates a federal hook for a prosecution,” Arlo Devlin-Brown, a former prosecutor and partner at Covington & Burling, said in a report that aired on the “CBS Evening News with Norah O’Donnell.” “It doesn’t matter that [Gaetz] personally paid them as long as he knows someone is doing that.”

The Justice Department declined to comment. Pirozzolo did not respond to repeated attempts to contact him, and declined to comment on his relationship with Gaetz and whether he paid for escorts for him when asked by CBS News on Wednesday outside his office in Orlando.

Read the full story at  https://www.cbsnews.com/news/matt-gaetz-bahamas-trip-federal-probe-sex-trafficking/

On the cannabis angle Ganjapreneur report

In a now widely-reported 2018 appearance on the Ganjapreneur podcast — where we regularly interview people involved in various aspects of the cannabis industry — Pirozzolo said that Rep. Gaetz was working on legislation to “help facilitate [medical cannabis] research on the nationwide level,” and that his group had booked the congressman for a keynote at an event covering medical cannabis and the NFL.

Read their story at

So what is, The American Medical Marijuana Physician Association ? We hear you ask..

Their mission statement is very short and sweet !

He’s still alive on linked in 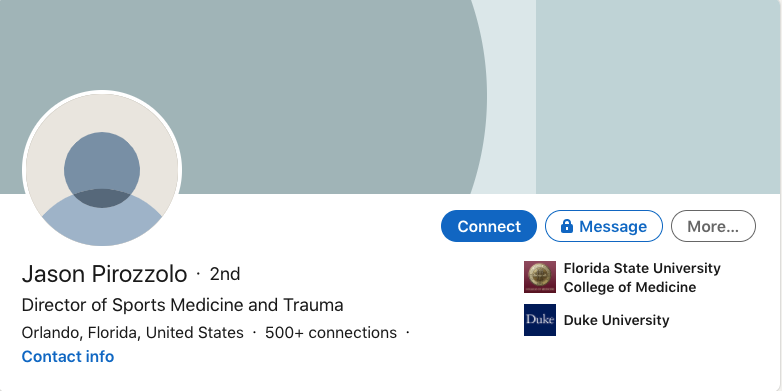 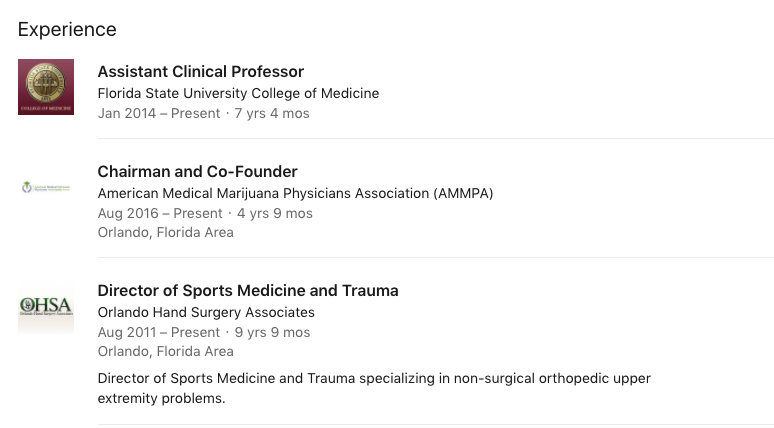 The Orlando Hand Surgery Associates website has dumped him !

Maybe because he’s even made the hallowed halls of Newsweek

Maybe he should have stuck with talking about Tennis Elbow 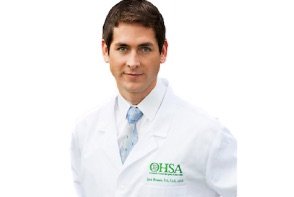