Interesting .. Does this mean Rivers now has more time to concentrate on making Truelieve the Walmart of cannabis,  now he’s out of the way and can’t distract her. Or is there a divorce on the way.

John “J.T.” Burnette, who scaled the heights of the business world while greasing the wheels of local government through bribery, was sentenced Tuesday to three years in federal prison and a $1.25 million fine.

His lawyers immediately announced they would appeal, telling U.S. District Judge Robert Hinkle that the court erred on two matters involving the testimony of an undercover FBI agent and jury instructions. 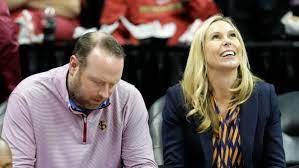 Burnette, 44, a wealthy entrepreneur, developer and hotelier, was convicted in August after a trial on public corruption charges for his role in a long-running City Hall bribery ring involving former City Commissioner Scott Maddox and his accomplice and girlfriend Paige Carter-Smith.

He said he was sorry during the sentencing hearing for comments he made during secretly recorded conversations with FBI agents posing as developers. He did not apologize for the crimes he was convicted of committing, though Hinkle noted a defendant wouldn’t make such an acknowledgment if an appeal were in the works 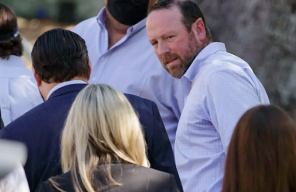