Corvain Cooper, one of Donald Trump’s recipients of clemency issued on his last day in office, will appear on CBS This Morning on January 29, 2021 at 7:00 a.m.

Corvain Cooper was sentenced to life without parole for marijuana trafficking. His lawyer, Patrick Michael Megaro, fought for 7 years to free Cooper from the sentence.

A Change.org petition gathered over 150,000 signatures. Cooper’s petition for clemency was supported by various advocacy groups in the cannabis industry and other advocates.

On January 19, 2021, Donald Trump commuted Corvain Cooper’s prison sentence. On January 21, 2021, Patrick Michael Megaro escorted Corvain Cooper home to Los Angeles to his family, who had had not seen in several years after he was transferred to a Federal prison in Louisiana. 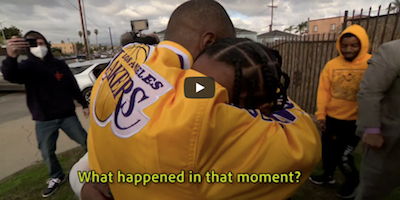