Japanese Company In Discussion With Cambodian Government To Grow Cannabis

The notion was explored at an informal meeting between Minister of Agriculture, Forestry and Fisheries Veng Sakhon and Yamato Green CEO Katsuhito Nabeshima on June 14 at the ministry.

Yamato Green highlighted the untapped potential of medical marijuana seeds, pointing out that many other companies are also interested in cultivating Cannabis sativa, importing seeds from the US and bringing finished products to the US and Japan, according to the minister.

“We will take things into consideration first. We’ve requested the company to work with the relevant ministries – especially the agriculture ministry – to test the plant on a proper designated area in a station or agricultural research centre, as scientific evidence, before submitting a proposal to the Royal Government for approval,” Sakhon said.

Cambodian Centre for Study and Development in Agriculture (Cedac) director Tong Chantheang told The Post that Cambodian law does not allow the cultivation of Cannabis sativa.

“I wonder – if the government were to consider this project, how would it stand, against Cambodian law? I think that it wouldn’t provide much benefit to the people or society sincethe plants are prohibited. If our people consume it unlawfully, outside of use in the health sector, it’d create social issues,” he claimed.

“The purpose of this agreement is to allow AGB and Prek Leap to collaborate in the pursuit and execution of a business development plan tied to the evaluation and implementation of seed and plant production techniques relating to hemp and other plants with medicinal, practical or other benefits,” AGB said.

“[AGB] continues to successfully implement its business plan in Southeast Asia with the execution of the MoU … [and] Prek Leap will play a leading role in the research and development of industrial and other varieties of hemp using Cambodian heritage varieties and varieties provided by AGB and its partners in order to obtain suitable varieties that can be utilised for biofuel, fibre, food, foundation and medical proposes.

“The partners intend to study cultivation systems and techniques for production and industrial use of hemp in Cambodia with the aim of applying the knowledge gained directly to current agricultural practises employed in the country,” it said.

Growing marijuana in Cambodia may be illegal and punishable by law, but according to Yamato Green, Thailand and South Korea now allow the cultivation and processing of marijuana for export to the US and Japan under “technical and scientific contractual terms”.

In 2018, Thailand became the first country in Southeast Asia to legalise marijuana cultivation, specifically to serve the health, cosmetics and food sectors, but its recreational use remains forbidden, according to Bloomberg News.

Yamato Green will start its activities step-by-step after signing an MoU with the ministry in July, according to the minister.

The MoU in question is on the cooperation, investment and development of the Kingdom’s ‘safe vegetable’ sub-sector for the domestic market and export, and came as part of the government’s ambitions to boost vegetable exports and take advantage of the EU market, which issued Vietnam and Thailand “red cards” temporarily blocking their exports to the bloc. 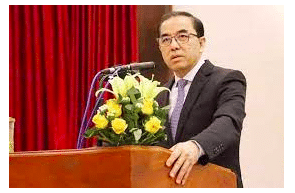