According to Griffiths, it will be “completely new and more of the same,” meaning he and his research team will continue to lead investigations into the potential benefits of psychedelics like psilocybin in the treatment of many conditions such as addiction, including alcoholism and nicotine dependence; post-traumatic stress disorder; anorexia; Alzheimer’s; Lyme disease; and more. What’s new, however, is that the FDA is beginning to warm up to the idea of psychedelics having medicinal potential, despite being categorized as Schedule 1 substances with supposedly zero medicinal value.

They write, “At the Center for Psychedelic and Consciousness Research, researchers will focus on how psychedelics affect behavior, mood, cognition, brain function, and biological markers of health. Upcoming studies will determine the effectiveness of psilocybin as a new therapy for opioid addiction, Alzheimer’s disease, post-traumatic stress disorder (PTSD), post-treatment Lyme disease syndrome (formerly known as chronic Lyme disease), anorexia nervosa and alcohol use in people with major depression. The researchers hope to create precision medicine treatments tailored to the specific needs of individual patients. ” 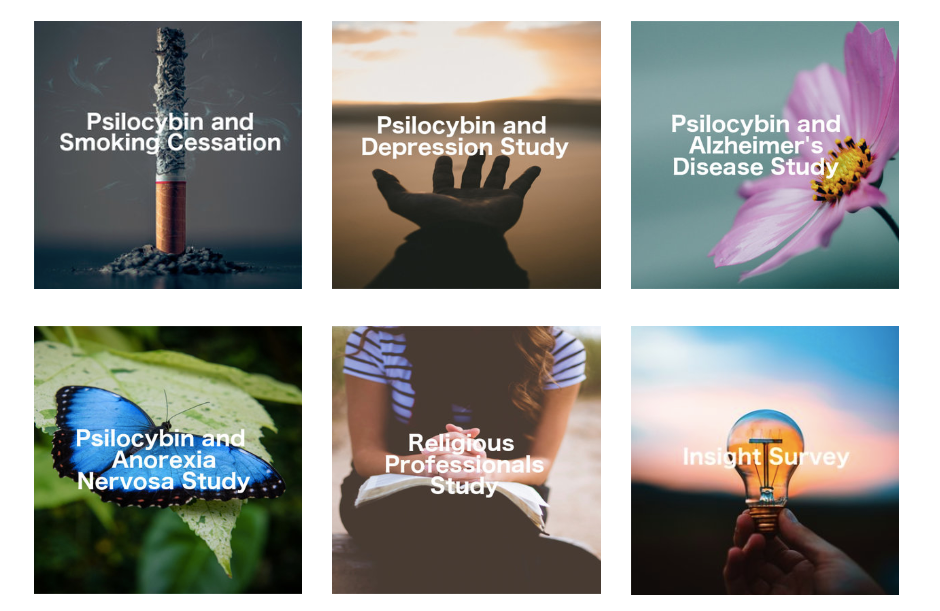 Here’s some of the topics covered in their latest newsletter

The Therapeutic Potential of Psychedelic Drugs
Our session monitors, Alan Davis and Mary Cosimano were interviewed by Vox journalist, Sean Illing as he takes us on a brief guide through historical and contemporary use of psychedelic-assisted therapy. Read the article to learn more about how providing support during a psilocybin session and integrating the experience afterwards are conducive for therapeutic benefits.

Scientists Rethink Psychedelics As Attitudes Change Toward Formerly Illicit Drugs
Forbes reported on Hopkins researchers’ recommendation that, if psilocybin should clear Phase III clinical trials, the FDA should reclassify it from a Schedule I to a Schedule IV drug. Schedule I drugs have no accepted medical use, while Schedule IV drugs include pharmaceuticals such as benzodiazepines.  To read more about our researchers’ proposals, you can read their October article published in November’s Neurophamacology here.

Psilocybin in the Treatment of Mood and Substance Use Disorders
Dr. Albert Garcia-Romeu presented research findings at the Portland Psychedelic Society, discussing the effects of substances like ketamine and psilocybin in treating mood and substance use disorders, and the possible mechanisms involved.

Psychedelic Drugs and the Future of Psychiatry
CBC Radio and Dr. Johnson discussed the therapeutic potential of MDMA and psilocybin, highlighting researchers behind these recent advances, along with patients who taken part in clinical trials to treat PTSD and depression.

What It’s Like to Smoke Salvia for Science
A reporter signed up to be a volunteer in our salvinorin A study and wrote about his experiences for Vice. Along with describing the subjective effects of the drug, he explains the neuroscience behind salvinorin A, as well as what our researchers are hoping to learn by studying it.

“This is a basic roadmap,” Barrett said of the study. “We’re shooting a flare out in the desert in the dark to get a general idea of where the road is. Then we can point our car in the direction of the road and start to look for the road signs we need to pay attention to.”

Fast-acting Psychedelic Associated with Improvements in Depression/Anxiety
Dr. Alan Davis discusses the results of his recent study in an interview with Neuroscience News. Dive into the article to learn about the potential therapeutic use of 5-MeO-DMT for depression and anxiety.

Psychedelic Mushroom Can Help with Depression, Anxiety, and Addiction
NBC Dallas-Fort Worth interviewed Dr. Johnson on recent developments in psychedelic research and the results of various studies involving psychedelic mushrooms, over the last 15 years. Johnson comments that psilocybin sessions seem to shake people out of their mental or behavioral cycles. Discovering what happens in the brain after taking psilocybin is less about which area of the brain is active, and “more about the synchronization across brain areas, or how the different areas of the brain are communicating with each other”

What One Man Learned When He Treated His Autism Symptoms with Shrooms
Some reports suggest psychedelic substances such as psilocybin and MDMA, may improve symptoms of autism. Dr. Garcia-Romeu was interviewed for this Vice article about treating autism symptoms with psychedelics, and commented on the differences between psilocybin and MDMA. “They’re different beasts, but I think they can work towards the same end,” he says, adding that similar mechanisms include “helping to promote therapeutic rapport, enhancing prosocial feelings, reducing fear and anxiety related with revisiting past trauma, and improving mood.”

Mushrooms as Medicine? Psychedelics May Be Next Breakthrough Treatment
Dr. Matthew Johnson, and other psychedelic researchers, comment on the potential for psilocybin to receive FDA approval. They also point out the risks involved in taking psychedelic substances, and how those risk are mitigated in the controlled settings used by the researchers at Johns Hopkins.

5-MeO-DMT Research, Toad Conservation, and Proper Facilitation
Research coordinator, Nathan Sepeda, was interviewed on Psychedelics Today to discuss research on the a potent psychedelic, 5-MeO-DMT. Listen to the podcast to learn more about differences between synthetic and natural forms of 5-MeO-DMT, as well as the key aspects of facilitation of psychedelic experiences and how they relate to improved well-being.

Dr. Johnson speaks with Denver NBC News, offering his thoughts on the Denver initiative to decriminalize psilocybin
Denver residents will vote on an initiative to decriminalize psilocybin this May. If passed, the ordinance would make possession legal for individuals over the age of 21 and allow them to grow the drug at home. Dr. Johnson speaks to the potential risks of psilocybin, and emphasizes the importance of a strong education component.

Magic Mushrooms to Soothe the Dying – Upcoming Trials in Australia
St. Vincent’s Hospital, in Melbourne, Australia, will conduct a study with volunteers who have been diagnosed with a terminal illness, and investigate whether psilocybin can treat their symptoms of depression and anxiety. Dr. Garcia-Romeu was interviewed about why deeply moving experiences induced by psilocybin may ease those symptoms. This will be the first study using psilocybin to take place in Australia, and will build upon research done at Hopkins.

Psychedelic Mushrooms Just Put Denver at the Center of the National Drug Debate – Again
Proponents of decriminalizing psilocybin want to lessen criminal consequences for possessing and using psilocybin, but others are a bit more wary and fear that decriminalization of psilocybin will set the stage for commercialization. Dr. Johnson was interviewed and points out that although there have been promising findings in our studies of psilocybin, there are still risks involved in using psilocybin. “There’s a small but real percentage of the population, 1 or 2 percent, that have active psychotic disorders, or they have a good predisposition to develop psychotic disorders,” said Dr. Matthew Johnson, who has researched psilocybin for 15 years at Johns Hopkins. “It’s very clear those people should not be exposed to psychedelics like psilocybin.”

Researchers Think Magic Mushrooms Could have the Potential to Treat Depression
Dr. Matthew Johnson was interviewed by INSIDER, and discusses promising findings of psilocybin improving depression symptoms, as well as why psilocybin may be a good candidate for treating depression.

Dr. Garcia-Romeu Comments on Recent Study of Psychedelic Microdosing in Rats
Dr. Albert Garcia-Romeu commented on a recent study at UC Davis which found that microdoses of DMT could ease depression symptoms in rats. In this article from Chemical & Engineering News, he explains the value of studying the biological effects of microdosing versus a single large dose, but cautions that, “there are a lot of limitations on how much we can really translate from animal models to humans…so we don’t know if this holds up in people.”