Here’s the full report from Marijuana Stocks.com and well worth a read……

Reports of hemp-based CBD medicine’s death have been highly exaggerated. That’s the word from several legal experts who say, despite a moment of industry-wide panic about the DEA’s filing of a memo with the federal register establishing a “final rule” on the internal classification of “marijuana extracts” the law regarding CBD and hemp has not changed. A memo from Folium Legal Counsel reflects this widespread interpretation of the law and the lack of negative impacts on the industry since the filing took effect.

From the Folium memo:
Previously, Marijuana Extracts were classified under the code number for “Marijuana. Under the new rule, extracts are now classified separately. The DEA uses these codes to track quantities of controlled substances imported to and exported from the United States. This new rule affects only DEA-registered entities who previously were required to track such materials. As the document states, “The only direct effect to registrants who handle marijuana extracts will be the requirement to add the new drug code to their registrations.”

The DEA has claimed that the reclassification was meant to comply with international drug control treaties, and to better monitor the ways in which scientists are studying extracts versus cannabis flowers. Their plan is to institute new code numbers for marijuana extracts, which the DEA defines as “an extract containing one or more cannabinoids that has been derived from any plant of the genus Cannabis, other than the separated resin (whether crude or purified) obtained from the plant.’’

Joshua Kappel is a partner at Vicente & Sederberg, which Rolling Stone called “the country’s first powerhouse marijuana law firm.” He said the DEA’s explanation is reasonable and comports with the nature of the agency’s filing. Kappel stated, “I do believe the DEA when they say this an administrative move towards clarity. There is no drug that is illegal now that was legal before. The DEA has to work with Congress to reschedule a substance, the ruling [Hemp Industries Assoc. LLC v. DEA] still stands.” The Rohrabacher-Farr amendment, which became law in 2014, prevents the Justice Department from interfering with state laws and regulations on medical cannabis. The amendment further covers the 16 states that allow CBD use only. Additionally, industrial hemp and its derivatives are currently legal in all 50 states.

From the Folium memo:
Regarding the legal status of CBD derived from industrial hemp: The 2014 US Farm Bill was an act of congress signed by the president and that is the highest law of the land. The DEA cannot make law and try to redefine a law passed by the US Congress which defined industrial hemp in section 7606 as “Any cannabis sativa L that produces naturally less than .3% THC on a dry weight basis.” 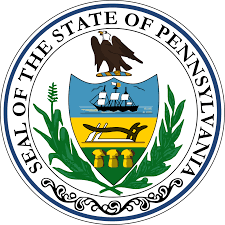