A federal judge on Wednesday halted the city of Detroit from processing recreational marijuana business applications.

In the Wayne County Circuit Court filing dated March 2, Crystal Lowe, who has lived in Detroit for 11 of the past 30 years, said she plans to apply for an adult-use retail establishment license. However, the River Rouge resident believes that the Detroit ordinance is unfair.

Kevin Blair, Lowe’s attorney, in the filing described the city’s application process as a “scheme” that violates the equal protection and due process clauses of the Michigan Constitution and the commerce clause of the U.S. Constitution.

“The ordinance violates these provisions because its preferences for Detroit legacy applicants in awarding adult-use retail establishment licenses punish [Lowe] for exercising her rights to intrastate and interstate travel, violate her right to pursue her livelihood, and draw distinctions between her and other Detroit residents that are not rationally related to any legitimate government purpose,” Blair wrote.

In 2018, Michigan voters overwhelmingly approved marijuana for adult recreational use. The Detroit City Council in November 2020 unanimously approved its ordinance.

“In the past when licenses for marijuana businesses become available, they tend to go to non-residents, rather than those who live in this community,” said Detroit Mayor Mike Duggan when the ordinance was unveiled last fall. “What Councilman [James] Tate has crafted here in partnership with our law department ensures that longtime Detroit residents will have the opportunity to build real wealth as part of this lucrative new industry.”

Lawrence Garcia, city of Detroit corporation counsel, said Thursday that the adult-use license application process is on “hold, by temporary order of the court.”

“The city’s CRIO [Civil Rights, Inclusion, and Opportunity] office will reach out to certified Legacy Detroiters to offer general advice and support while the litigation is pending,” Garcia added. 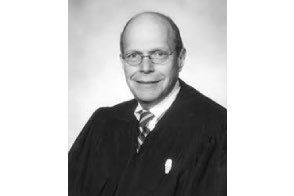